Welcome to Volume 11, Issue No. 2 (22 February 2012) of Pharma Marketing News. Thank you for visiting. See the featured article summaries below. 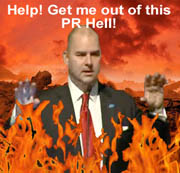 The drug industry is contending with a storm of unsavory media coverage documenting drug shortages in the U.S., drug counterfeiting, and recalls due to manufacturing faults. Some say bad journalism is heightening the “bad” news while ignoring the good that the industry does, which includes creating life-saving drugs and jobs.

This article reviews the confluence of several trends that are putting the industry on the defensive with data from several surveys and studies that put these issues into context of the age of social media amplification of news sound bites and instant online collaboration.

In a blog post provocatively titled “An App for That, But For How Much Longer?”, PhRMA’s Kate Connors agreed with a Washington Times op-ed piece that suggested the FDA will soon require apps such as medication prescription renewal reminders and blood glucose level tracking functions to be regulated as medical devices.

But, is this likely to happen? What does the FDA say?

Find out here:
https://www.pharma-mkting.com/news/pmn112-article02/
Some Unregulated Physician Smartphone Apps May Be Buggy Especially “Calculator” Apps Like These…

At least one of these apps has been recalled due to a software bug. But recalling does not mean it’s not still being used by physicians. 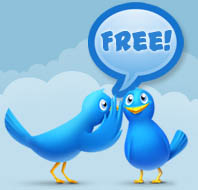 A “recession” in pharma marketing is likely considering the well-known “patent cliff” that’s currently in progress; ie, blockbuster drugs with a combined $170 billion in annual sales will go off-patent by 2015. That means even less mass media advertising and more digital advertising.

But more digital advertising does not mean that much more money will be spent in the digital arena. That’s because of social media, where it’s virtually free to advertise!

Read more about that here:
https://www.pharma-mkting.com/news/pmn112-article04/