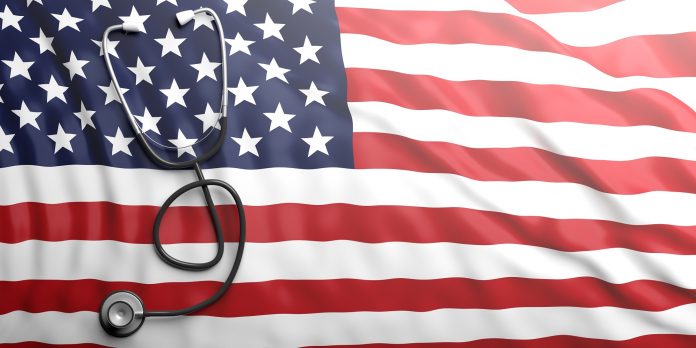 In any debate, definition of terms is fundamental. According to Vox, “On health care, there are 3 types of Democrats running for president.” Sort of a Goldilocks setup.

Vox shows that even for erudite journalists, healthcare is, in the widely deridedi view of the current resident of 1600 Pennsylvania Ave., “really complicated”: “In an intricate and often confusing section of the debate, with candidates jockeying to define what ‘Medicare-for-all’ even means, the first 30 minutes of the debate brought some clarity.”

Vox goes on to divide the Left’s landscape of “M4A” into three parts:

“1) the ones who want to blow up the whole system for universal single-payer” (This is the politically “too hot” option, aka unelectable);

“2) the ones who worry about the disruption of a single-payer system and its ensuing political fallout” (too cold, aka un-nominatable to coin a word);

“3) those who try to split the difference, speaking instead to values like universal coverage.” Just right-aka electable.

This tripartition reflects the requisite two-step rhetorical dance on the road to the White House: be radical and specific enough to win over the true believer partisan primary voters but not so much as to prevent a tilt back to the center in the general election or provide opponents too much policy clarity to attack.

Unsurprisingly, “Sens. Bernie Sanders (I-VT) and Elizabeth Warren (D-MA) firmly stated their support for Medicare-for-all, a single-payer system that would put every American on a government insurance plan.” Straight up socialized medicine, no chaser. The optics of the photo ops made these two look like happy grandparents at a wedding. It’s a dream ticket for progressives, and for the GOP. If the debate reaction is any guide, this would play like the play “Hamilton” in the primaries, but close on opening night in the general.

This one’s too hot.

We need not spend much time on the “dead on arrival” too-cold caucus: “Former Rep. John Delaney (D-MD) and Montana Gov. Steve Bullock were dismissive of such a proposal, warning of the potential for political backlash if private health insurance is phased out and taxes are raised to cover a substantial increase in government spending”. They are unlikely to be seen on stage again, at least among other Democrats.

That leaves us with the “just right” delegation: “Pete Buttigieg and…Beto O’Rourke fell somewhere in between, signaling their sympathies for Medicare-for-all’s goals while also being malleable about the policy plan to achieve them.”

That’s the sweet spot for the general: noble (as defined by the base) sentiment sans specifics, right out of the Trump school of public policy.

The choice for Democrats is between the two hemispheres of the human brain: the logic of public policy vs. the emotion that drives politics.

M4A is arguably a strong alloy of both for those whose rice bowl is not at stake. It stirs progressive hearts, provides some level of access for all with malice toward few, and provides pure price transparency with monopsony pricing power in the hands of the one earthly entity that can for all practical purposes never run out of money in the foreseeable future: The Federal Government of the United States of America. Impressive consultants obligingly provide compelling, credible support, e.g.

“…a RAND study of a proposed single-payer plan in New York state found almost a one-for-one match between the necessary tax increases and the savings on premiums for families.”

Arrayed Against all this elegant policy logic are a trinity of some of the most powerful emotional furies: the FUDs, namely Fear, Uncertainty, and Doubt. In short, the electorate is retiring to trust the government with its health.

Vox sums up the politics thusly: “The disagreements onstage, which were sometimes difficult to follow (see, it IS complicated-ed.) , underline the fundamental choice facing Democratic voters this primary season. Should they embrace bold progressive platforms that Republicans are sure to label as socialist and calamitously expensive in the general election? Should they stick with a middle-of-the-road agenda, hoping to win back center-right voters skeptical of President Trump? Or should they eschew policy details altogether and instead run on values that place the party in sharp contrast to the man currently occupying the White House?”

Decisions, decisions. Will Democrat charge into the valley of political death wielding the shining saber of socialized single payer style M4A as cannons to the right of them belch withering fire? Will they cleave to the cautious right flank, as cannons of indifference and low turnout cut them to pieces as indifferent Sandernistas did to the Clinton campaign that elected the incumbent? Or, will they strike a middle course equidistant from the artillery lining the field, bearing vague, difficult to target promises of hope for change to achieve heartwarming goals?

Political pragmatists will find this multiple choice question a no brained, but pragmatists may not prevail. Stay tuned.

One clear winner: cable. This sort of dramatic story arc is great for ratings.