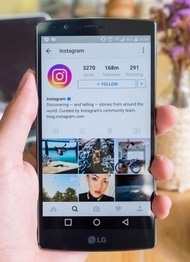 Stories is potent and affordable medium for providing an immersive advertising experience. The photo-sharing app (hasn’t it become much more than that, though?) announced that it is experimenting with video ads within Stories with some of the biggest global advertisers.

In an interview with Fortune, director of product marketing Jim Squires hinted at a “two or three-week test period” before making the feature fully available to all its active advertisers.

People familiar with Facebook and Instagram advertising should find it pretty straightforward when it comes to setting up and paying for video ads inside Stories. Squires underlined that Facebook’s powerful demographic and interest-based targeting capabilities are definitely a competitive advantage for Instagram. 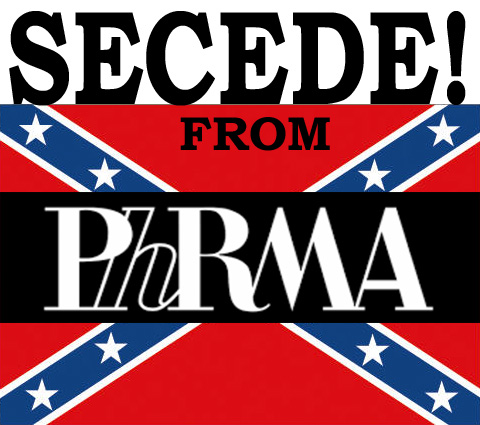 Big Pharma Should Secede From PhRMA

“I sincerely hope this is successful and that it helps the industry’s image,” says John LaMattina (@John_LaMattina) former president of Pfizer Global R&D, writing in Forbes.

“That will benefit everyone. However, I cannot help but wonder if the interests of the big companies would be better served if they split from PhRMA. A group of 12-14 companies would be far more likely to come to policy decisions and act as one on things like price increases, common practices for the publication of drug trials results, joint efforts on drugs for diseases of the undeveloped world, precompetitive data sharing, etc. Such actions would not only benefit large companies but would help to move the needle on improving the industry’s reputation.”

PharmaGuy’s Insight:
LaMattina’s point is that PhRMA no longer represents the best interests of BIG PHARMA because it is too diverse. Indeed, PhRMA just recently let into its group a few companies that raised prices a lot (read, for example, “PhRMA Accepts Price Gouging #Pharma Companies Into Its Tent” and, of course, Shkreli listed the bad behavior of many PhRMA members (BIG and small). So PhRMA is in a bad position trying to paint itself as a “white coat” saviors. It’s whole PR campaign is now shot to hell when people like LaMattina suggest it does not represent the “true” drug industry.

Silence of the Pharma Lambs on Trump’s Immigration Ban

A large majority of the biotech industry has vehemently rejected Donald Trump’s travel ban in no uncertain terms.

We decided to take the temperature of the industry in a snap poll emailed to industry subscribers Sunday afternoon. At 5:30am Eastern on Monday, votes still pouring in, we registered more than a thousand responses, with 903 opposed (87%) to the ban and only 130 in favor of it. Three out of four felt that the ban is certain to have a real impact on the industry, threatening diversified staffs, attendance at US conferences, and throttling back key recruiting efforts. But in many cases, it was clear that quite a few execs in the industry were simply outraged by a move that they felt would tarnish the country’s reputation for years to come.

“Any ban on any race or religion has an impact on our industry because our industry is one of science and reason. Many of us are immigrants, sons and daughters of immigrants or married to immigrants (I am gay and married to my immigrant husband from Vietnam who came here in 1980) . This ban has an impact on every decent human in the world… a negative impact. Plain and simple, this is NOT who we are as an industry or as a people, period.” Proudly signed, — Paul James Hastings, Chair and CEO, OncoMed Pharmaceuticals

“As of Sunday evening, Allergan CEO Brent Saunders was the only executive of a large drug company to speak out. Saunders tweeted Sunday morning that Allergan ‘is strong & bold because of diversity. Oppose any policy that puts limitations on our ability to attract the best & diverse talent.’

Sanara was established by Teva Pharmaceuticals and Philips healthcare, two of the world’s leading pharmaceutical and healthcare technology players, in collaboration with the Office of the Chief Scientist of the Israeli Ministry of the Economy, as an independent joint-venture.

The Sanara Portfolio includes My HomeDoc and BreatheMe.
More here…