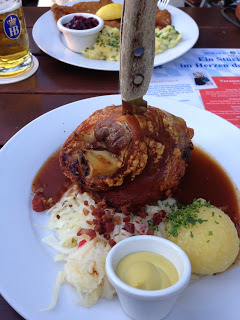 According to Harvard and Georgetown University ethicists and academics, “pharmaceutical and medical device companies apply social psychology to influence physicians’ prescribing behavior and decision-making.” This is according to Sunita Sah and Adriane Fugh-Berman, authors of “Physicians Under the Influence: Social Psychology and Industry Marketing Strategies”, part of a symposium on institutional corruption and pharmaceutical policy in the forthcoming issue of the Journal of Law, Medicine & Ethics, 2013: Vol. 14 (3).

“Physicians fail to recognize their vulnerability to commercial influences due to self-serving bias, rationalization, and cognitive dissonance,” claim the authors. Moreover, the authors claim that “professionalism offers little protection; even the most conscious and genuine commitment to ethical behavior cannot eliminate unintentional, subconscious bias.”

The authors identify six “principles of influence” that are “key to the industry’s routine marketing strategies, which rely on the illusion that the industry is a generous avuncular partner to physicians”:

Authority and scarcity are two of the “principles of influence” that are key to the drug industry’s psychological prowess. The authors point out that the industry’s use of opinion leaders is “clearly a use of authority, but is also a use of scarcity — the concept that opportunities are more valuable when they are limited; not every physician is eligible for the plum job of KOL [key opinion leader].”

Erick Turner, a psychiatrist, is one of those physicians who now admits errors and is making amends. The authors quote him describing what it is like being a KOL: “It strokes your narcissism… They make you feel like you’re special… The first thing they do is ferry you to a really nice hotel. And sometimes they pick you up in a limo, and you feel very important, and they have really, really good food…”

I can personally attest to this psychological trick of the drug industry. As regular readers of Pharma Marketing Blog may already know, I recently was invited by Bayer and Roche to make presentations in their European headquarters in Berlin and Milan, respectively (see “Bayer Pharma Meets Pharmaguy Meets Healthcare App Startups” and “Graduation Day at Roche Digital Academy: What’s Next?“).

Bayer and Roche definitely made me feel like an “authority” and definitely “stoked” my narcism. I am, after all, Pharmaguy — a genuine “scarce” commodity!

But my review of the food is mixed. In Milan, for example, I had “elephant ears” at a dinner with the Roche social media team at the al garghet (“croaking frogs”) Restaurant, just outside the south gate of Milan. Here’s the photo of my plate: 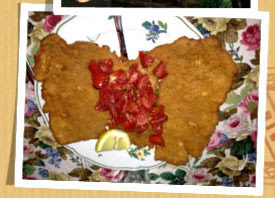 I didn’t want to say anything at the time, but this was really, really … dry! I wish I had the osso buco, but my Italian hosts said that was winter food and not appropriate for spring and summer.

Bayer had Hors d’oeuvre, which were good, but afterward I headed straight for a beer garden and had the pork knuckle and beer (even though this dish also is best eaten in winter months):