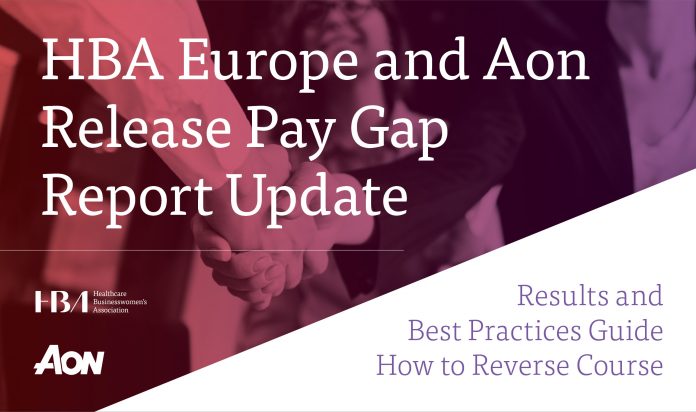 The Healthcare Businesswoman’s Association Europe region released an update to its 2018 industry gender pay gap report that shows there is a clear increase in the pay gap between men and women in the life sciences sector in Europe. The median pay gap increased from 11 percent to 13 percent however there is better news looking at individual countries and industry sectors.

“Reducing the Gender Pay Gap to Drive Success in the Healthcare Industry” report also provides best practices with actionable steps to reduce the pay gap and drive sustainable change. Base pay and bonus data were collected by Aon from more than 155,000 employees at 220 companies across Europe in the life sciences sector.

HBA President and CEO Laurie Cooke said, “While the news is no surprise, unfortunately, especially with the pandemic’s impact on women in the workforce, it is with data that the industry is able to work on eliminating obstacles, set benchmarks that target closing—and ultimately the gap for women in the future of our work and industry community.”

Get the Full Report