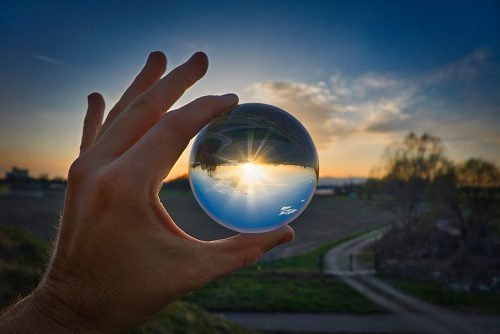 Within the last couple months, President Trump reiterated his intention to end the opioid crisis, notably adding, “we are holding big Pharma accountable.”

Drug manufacturers and pharmacy benefit managers (PBMs) were already feeling pressure prior to Trump’s recent announcement, and it looks like that dark cloud isn’t going away any time soon. In a recent poll by the Kaiser Family Foundation, 68% of Americans said they wanted Congress to do more to reign in high prescription drug prices, and legislators on both sides of the table are listening and taking action. This is especially true where the opioid crisis is concerned—recently, almost 60 clinicians and pharmacists were charged by federal prosecutors for allegedly pushing opioids and committing healthcare fraud.

There are two things that members of the pharma industry can do right now. The first approach—though it’s the least likely to succeed—is to deny, deny, deny, while covering up any potentially incriminating evidence of their wrongdoing. The preferred, and most profitable way to deal with ever-increasing scrutiny, is to actually right those wrongs.

The opportunity to do this is especially ripe for PBMs thanks to transparent pharmacy benefits, which wise, self-insured employers who forgo well-regarded, mainstream insurance carriers and pay for their employees’ medical expenses on their own, make sure to include in their employee health plans. Transparent PBMs focus less on how much of a profit they can pull and more on how they can work with health plan administrators to get potentially life-saving drugs, like insulin, for example, into consumers’ hands for as few dollars as possible. Not only is this the right thing to do, it’s also a smart thing to do. Greater transparency is where healthcare is headed, and the PBMs that get ahead of that trend now will be the ones to come out on top later down the line.

A good starting point for PBMs hoping to steer clear of current criticism is reevaluating the contracts they make with payers, aka insurance carriers and/or employers. In their PBM-payer contracts, most PBMs misleadingly list drugs’ average wholesale price (AWP), the average price a retailer like CVS would pay to buy the drug from a drug wholesaler or supplier. (Retail pharmacies do this rather than purchase directly from a manufacturer because purchasing from multiple drug companies can be time-consuming, and bulk-order drugs take up space.)

Nontransparent PBMs use the AWP as a reference point in showing insurance carriers and/or employers how much of a discount they can get off certain drugs’ AWP. The greater the discount, the more an employer or insurance carrier will want to work with them. However, pharmacies’ average actual cost (AAC)—and therefore the usual & customary (U&C) cash price that patients without insurance must pay—could be much less than the AWP after discounts like states’ estimated acquisition cost (EAC) Medicaid reimbursement. And even though AWPs are already higher than what most pharmacies actually pay, some PBMs still mark them up higher so that their discounts appear more impressive.

This is how spread pricing happens. In a spread pricing situation, a PBM charges an insurance carrier and/or employer less than a drug’s AWP to show them some “savings,” but more than the pharmacy’s AAC. The PBM pays the pharmacy more than their AAC so they turn a profit, and then keep the remaining for themselves. For example, a PBM might tell an insurer/employer that a drug’s AWP is $500 even though the pharmacy’s AAC is only $100, then say they can get them a 50% discount so the drug only costs $250. Then, the PBM will take that $250, pay the pharmacy $125 ($25 more than their AAC) and pocket the extra $125. In 2018, PBMs made more than $123 million by doing this.

By comparison, transparent PBMs will truly act in insurance carriers’ and employers’ favor. They’ll shop around to find drugs that are affordable and equally, if not more, effective and they’ll keep employers in the loop about costs and commissions.

Some PBMs have already embraced this approach. BeneCard, for example, holds itself accountable by covering any pharmaceutical costs that surpass its set, predetermined, per-person fees. Another PBM, Southern Scripts, saved the Terrebonne Parish Council in Louisiana $1.2 million by passing, not pocketing, its savings along to policyholders.

If today’s PBMs hope to stay competitive and profitable despite growing public pushback, transparency will have to be a top priority. Their days of secretive practices are numbered, but contrary to popular belief, that doesn’t mean PBMs can’t still serve a purpose. Transparent pharmacy benefits are their redemption, and those who make the switch now will be the ones with the advantage in the years to come.