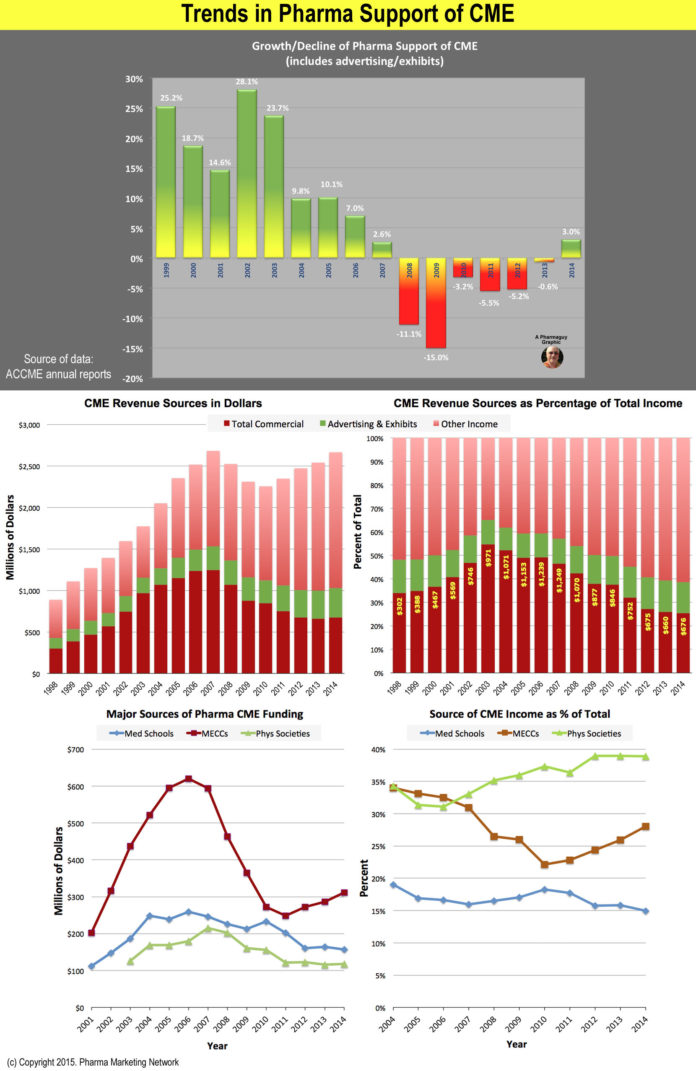 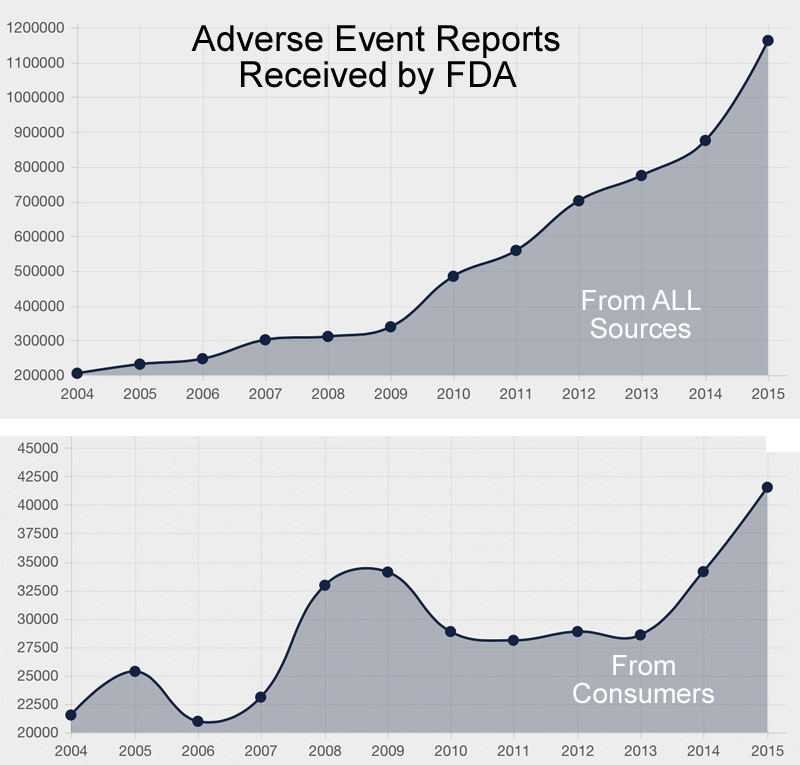 The chart above shows the trend in AERs received by the FDA from 2004 through 2015. 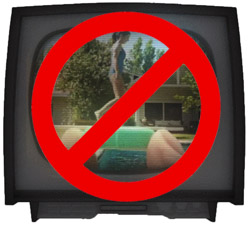 Biogen halted its direct-to-consumer campaign for multiple-sclerosis drug Tecfidera because the campaign did not clearly boost the number of prescriptions.

Michel Vounatsos, the company’s new commercial lead, told investors during a second-quarter earnings call that the company is unlikely to wade back into broadcast TV for the foreseeable future. Biogen had launched the ad, titled Relapsing Multiple Sclerosis, in October.

Biogen spent $67.2 million on advertising for Tecfidera in 2015 and doled out $35.5 million in the first quarter of this year, according to Kantar Media.Was the ROI on this spend positive or negative?

Novartis Respects the Patient Perspective and Pays for It Too! But Is It Absolutely Transparent? 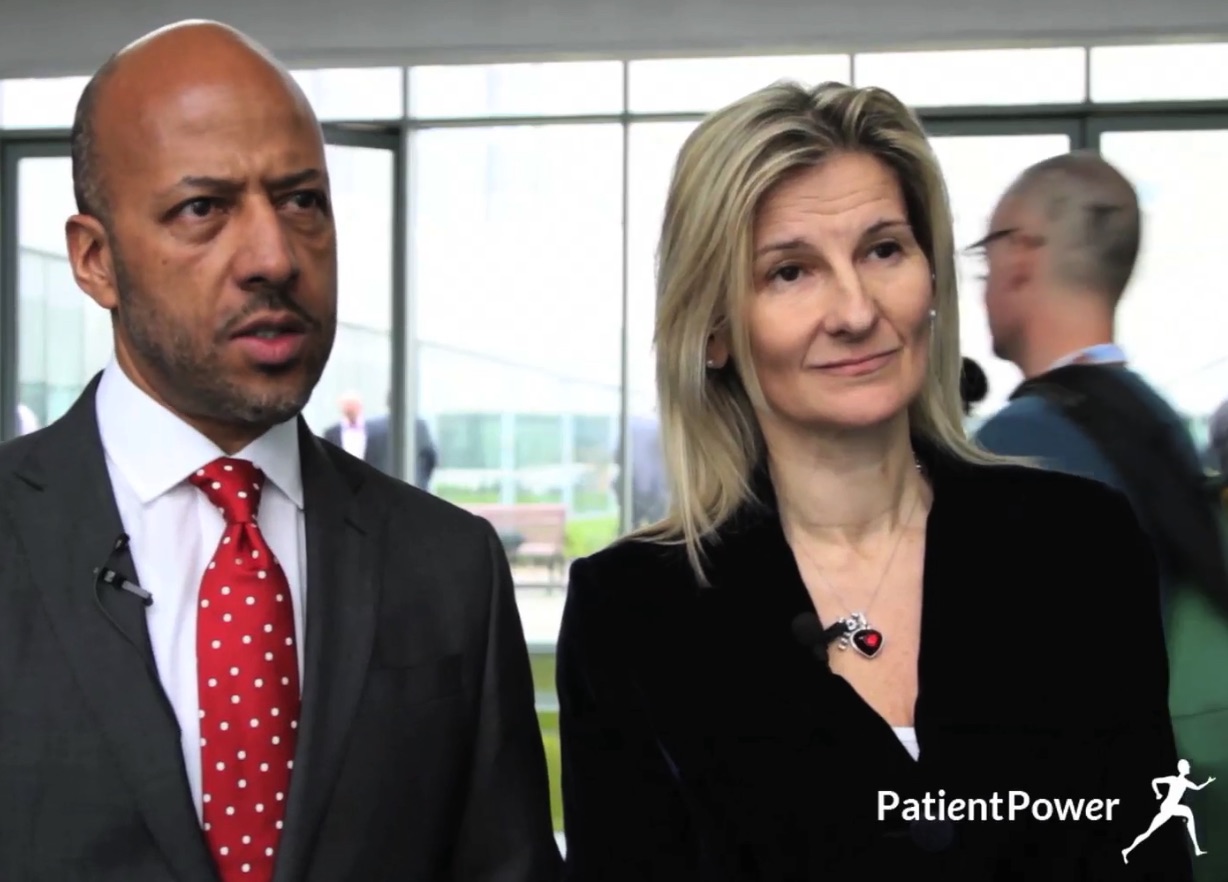 David Palacios, Head of Global Patient Relations, and Sanja Njegic, Head of Patient Advocacy & Relations in Europe at Novartis, explain how their company has moved from working with doctors and payers to working directly with patients.

“We developed last year what we call the ‘patient declaration,’ which is a public statement about what patients can expect from us,” said Palacios. “It has triggered a lot of discussion internally.”

Some of that discussion must have been around “transparency” with regard to compensating patients — especially patient bloggers and patient advocates — for their opinion, much like pharma has traditionally paid physician Key Opinion Leaders (KOLs) for their opinions. Did that discussion result in any relevant disclosure in the “patient declaration? 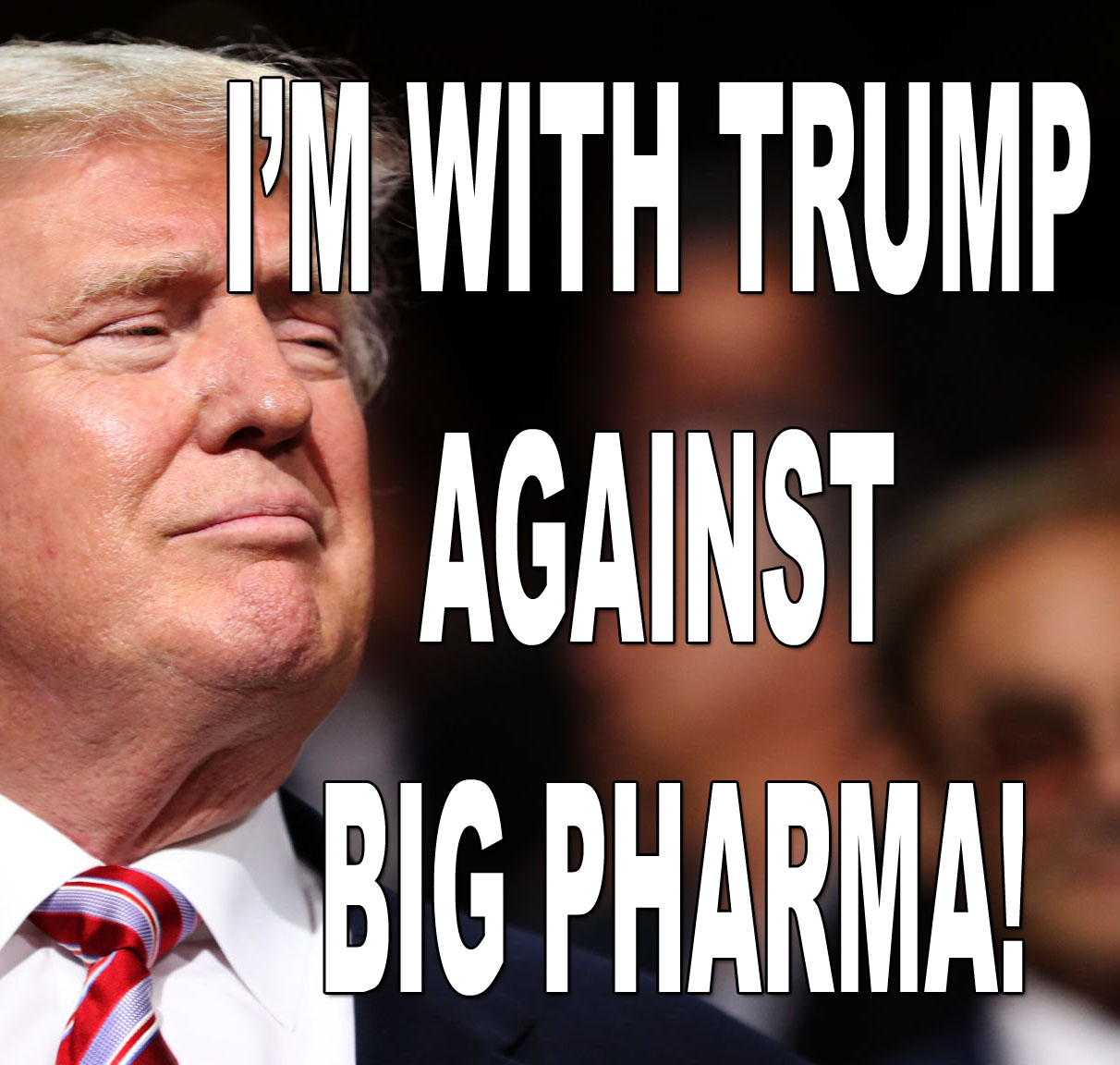 “I’m With Trump,” Says One Physician

With Donald Trump finally ensconced as the Republican nominee for president, it’s high time to applaud his spot-on positions on the pharmaceutical industry.

As a physician, I believe that Trump is absolutely right about allowing cheaper pharmaceutical drugs manufactured abroad to be sold in the United States. He is right that the pharmaceutical companies essentially sell their products to the federal government via Medicare and Medicaid without competitive bidding. In other areas of the budget, such as defense, federal laws require competitive bidding. It is outrageous this doesn’t occur with drugs and devices, especially since the health care budget is right behind defense in terms of expense.

Nearly 100 national and state medical societies from around the United States are backing a Senate bill (see “21st Century Cures: Hide CME Payments & Allow Off-Label Promotion“) that would exempt drug and device makers from reporting payments made to doctors for receiving continuing medical education, or CME, sessions, medical journals, or textbooks. Among them are the American Medical Association and the American College of Cardiology.

PinUp: Fake Advertising – Is It a Thing Now for Big...