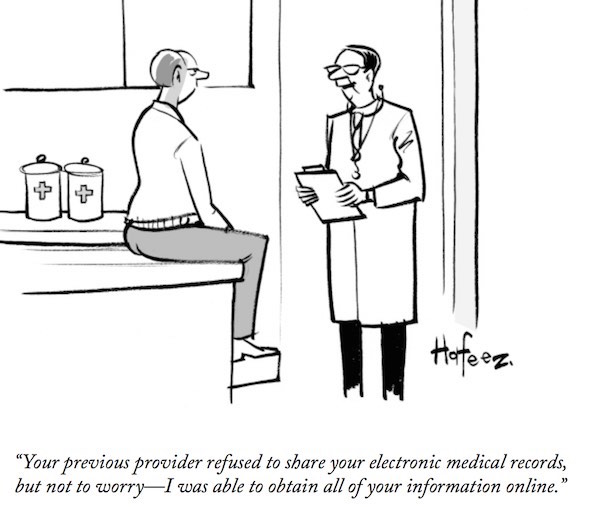 This story appeared in Google Alerts: “People in the US Hate Big Pharma, Study Finds.” At first, my reaction was Duh! Nothing to see here, considering all the pushback from physicians and other stakeholders (including patients?) regarding high drug prices.

In any case, here’s the trending data direct from Gallup (here), which surveyed 1,011 U.S. adults in in the first week of August 2015 via telephone:

The saw-tooth trend indicates a love-hate relationship. Last year (2014) pharma gained respect, this year it lost it – but not as much as in most previous years.

Of course, not everyone hates pharma. You might be surprised to learn about segments of the voting public that have a positive view of the pharmaceutical industry. It’s not just the usual suspects. 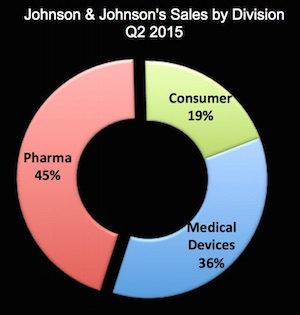 As J&J Focuses Less on Consumer Products and More on Medical Devices & Rx Drugs, Its Image Gets More Tarnished A Huffington Post DocuSeries Expose
JNJ has always positioned itself as a “consumer” products company, but its main business is pharmaceutical drugs and medical devices. According to a Q2 2015 financial statement (here), Rx products account for 45% of the company’s sales, medical devices 36%, and consumer products – for which the company is loved – only 19% (see chart). In Q1 of 2012 the percentages were 37%, 40%, and 23% (see here).

As JNJ focuses more on FDA-regulated products and runs afoul of the agency, its reputation gets more and more tarnished and generates articles like the one by journalist Steven Brill in The Huffington Post Highline titled “America’s Most Admired Law Breaker.”

That article is part of a 15-part “DocuSerial” detailing how Johnson & Johnson took an anti-psychotic drug, Risperdal, initially intended only for the treatment of psychotic disorders, and put it in the hands of children and the elderly in violation of FDA restrictions.

Access the article here and learn where greater than 90% of JNJ’s profits come from. 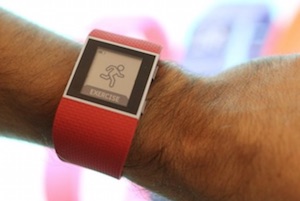 Pharmaceutical companies are enlisting Fitbits and other gadgets strapped to patients’ wrists, chests and skin as a way to bring drugs to market faster.

“The use of wearables has the potential to be a revolution,” said Kara Dennis, managing director of mobile health at Medidata Solutions Inc., which consults with companies on ways to improve clinical trials.

Drug researchers find this tracking technology is more accurate than human memory gleaned from subjective questionnaires that ask patients to rate their ability to walk on a scale of, say, zero to four. So far, there are at least 299 such clinical trials using wearables, according to the National Institutes of Health’s records.

Jeff Greene, digital strategy lead at New Solutions Factory, talks about why the pharmaceutical industry should be concerned about the security issues of apps it develops for wearable devices. He also gives some pointers for managing the threat and avoiding becoming the next Ashley Madison. Listen to this 2.5 minute audio snippet

Hey, It Could Happen!