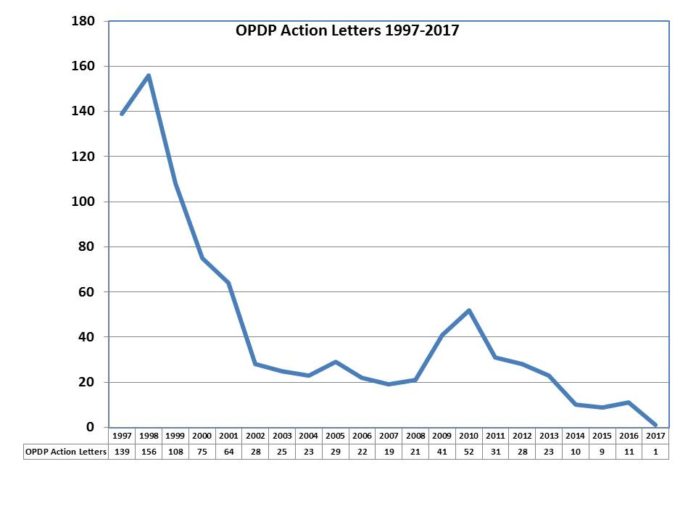 The Two Faces of FDA Regarding the Opioid Epidemic The FDA has a lot of hurdles to overcome in its effort to stem the current opioid addiction epidemic it helped to create. And it doesn’t help that Trump’s proposed Medicaid cuts will negatively impact funding for drug rehab treatment. 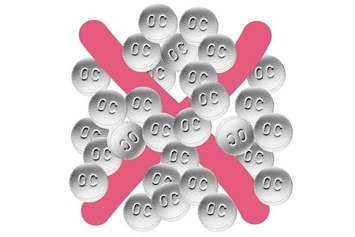 [From blogs.fda.gov] FDA Commissioner Gottlieb announced the establishment of an Opioid Policy Steering Committee that will bring together some of the agency’s most senior career leaders “to explore and develop additional tools or strategies FDA can use to confront this crisis.”

The initial questions Gottlieb has tasked the Steering Committee to answer are:

PharmaGuy’s insight:
Is it too little, too late? 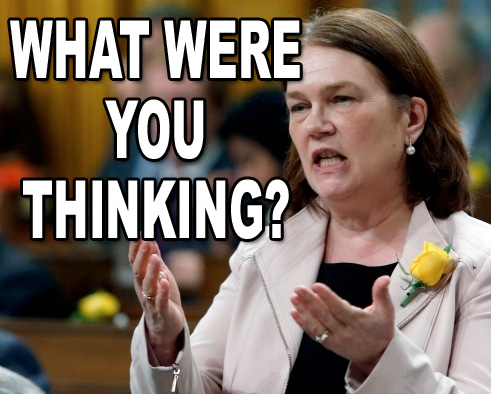 [From www.cbc.ca] The rules from Health Canada were clear when it awarded the half-million-dollar grant to McMaster’s Michael G. DeGroote National Pain Centre in 2015: No one with any ties to big pharma could be allowed to vote on the final draft of the guidelines, which were intended to help doctors make difficult decisions about opioid use for chronic non-cancer pain.

As the hand-picked experts sat around the table arguing about when doctors should prescribe the dangerous pills, everyone in the room assumed everyone else in the room was free of industry ties. But the truth was revealed earlier this month, when the guidelines were finally published.

One of the members of the voting committee had ties to drug companies that sell opioids, including Purdue Pharma (Canada), which manufactured OxyContin, one of the most notorious prescription opioid drugs.

Nearly half of the pain specialists on the broader expert advisory committee (six of its 13 members) also disclosed ties to drug companies that make opioid pills. 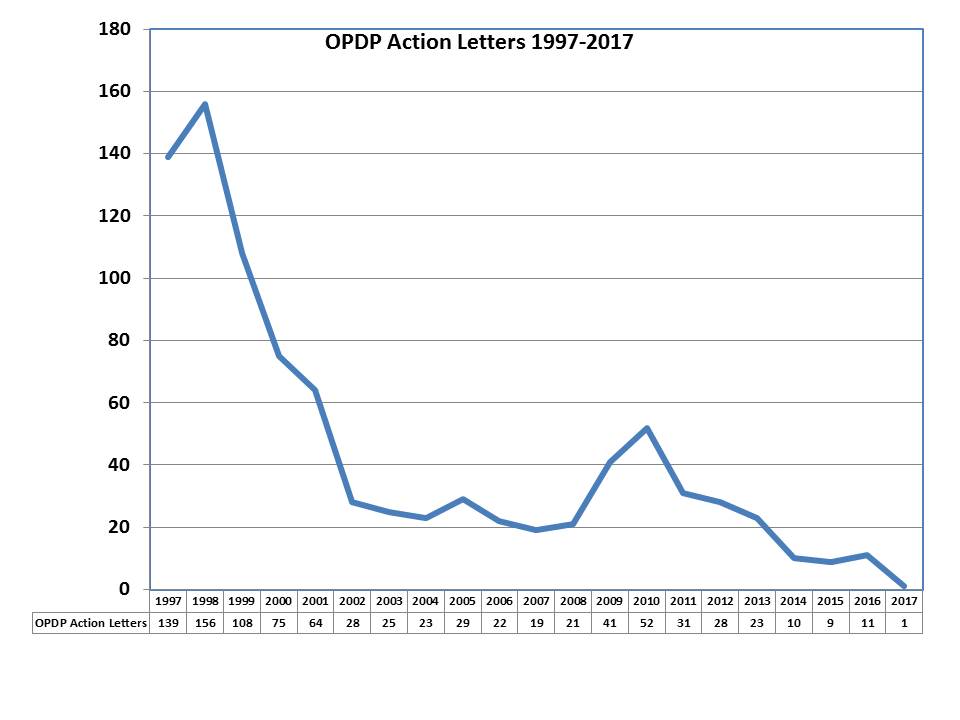 [From www.eyeonfda.com] To put it mildly, enforcement by the Office of Prescription Drug Promotion (OPDP) has been lagging. Warning and Untitled letters from this office numbered in the triple digits twenty years ago. In the past three years, it did not break a dozen. Last year was poised to be the lightest on record, but in December OPDP suddenly came forth with several letters within a month. In the five months since, there has been an overwhelming lack of activity.

[Recently] there was a blip. OPDP posted an Untitled Letter for a DTC Broadcast television advertisement to market a drug with an indication for weight loss (read FDA Issues First 2017 “Warning Letter” to Orexigen Therapeutics Regarding Contrave TV Ad). The letter noted that the drug has several warnings and contraindications noted in the label which also includes a boxed warning. In issuing the letter, the only violation that was the subject of the FDA’s enforcement was with regard to the minimization of risk information, which is by and far the most common violation of any cited by the agency when issuing such letters.

PinUp: The Internet of Things and the Impact on Outcomes and...