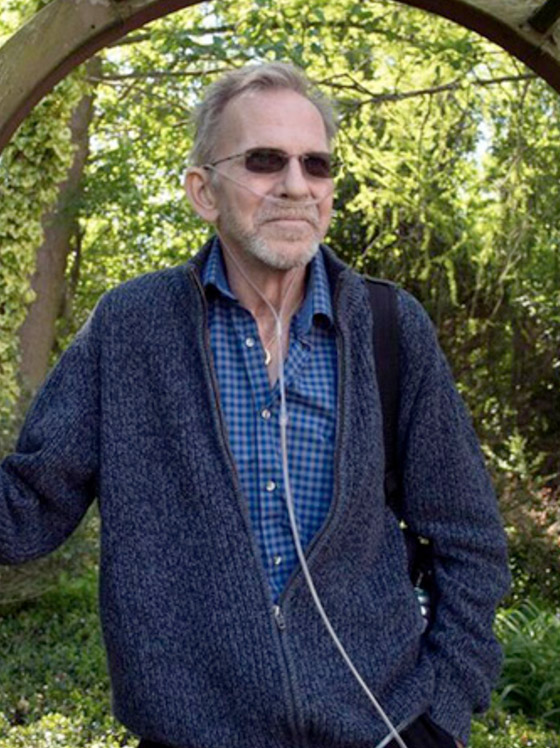 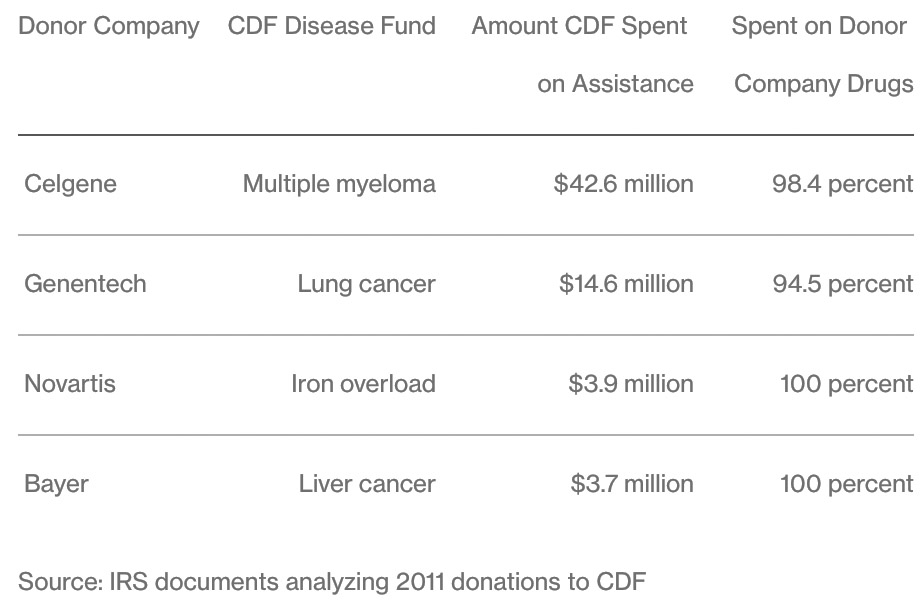 [From www.bloomberg.com] The agency is exploring whether the Chronic Disease Fund, a patient-assistance charity funded largely by drugmakers, gave “impermissible” benefits to its corporate donors, according to federal court filings. An IRS analysis found that 95 percent of the $129.3 million the charity spent on co-payment support in its public programs in 2011 went to patients taking drugs made by the very companies that had donated the money, according to court papers.

The IRS probe adds to the growing scrutiny of charities that help poor patients pay for expensive drugs. As prices have soared, pharmaceutical companies’ contributions to patient-assistance charities have sparked accusations that the donations are, in effect, a profitable form of marketing subsidized by U.S. taxpayers. The seven biggest co-pay charities, which cover scores of diseases, reported combined contributions of $1.1 billion in 2014 — more than double their 2010 figures.

In 19 of 24 disease-specific funds managed by the Chronic Disease Fund that received drug company funding in 2011, 90 percent of the spending ended up going to patients taking the primary donor companies’ drugs, according to an analysis by an IRS agent contained in court filings. The vast majority of the funds had just a single corporate donor, according to the IRS analysis. 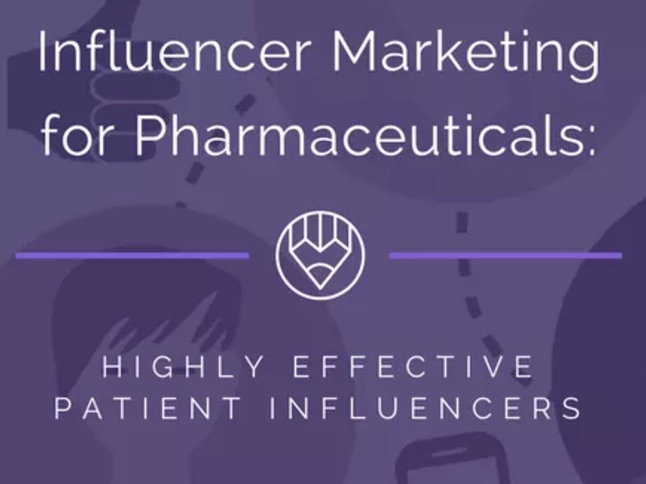 [From www.wegohealth.com] As seen on Huffington Post, Influencer Marketing “is simply the action of promoting and selling products or services through people (influencers) who have the capacity to have an effect on the character of a brand.” That is, indeed, a very simplistic way of putting it. But, while the term “Influencer Marketing” is relatively new, the concept is not and has been evolving with the times.

Patient Influencers do often play a role in the decision-making process of fellow patients. You might ask why someone would trust a fellow patient over a representative of the healthcare or pharmaceutical industry.

Fast forward to today’s Influencers and you’ll see a much different face. Specifically, in healthcare, Influencers today are often “regular people.” They’re not celebrities in the traditional sense of the word; however, in some cases, they are considered rock stars within the healthcare community.

[From www.pbs.org] At a time when expensive new cancer treatments are proliferating rapidly, patients such as Mead-e have more therapy choices than ever before. Yet patients like him are largely kept in the dark because their doctors either can’t or won’t communicate clearly. Many patients compound the problem by avoiding news they don’t want to hear.

Surprisingly, huge numbers of cancer patients lack basic information, such as how long they can expect to live, whether their condition is curable or why they’re being prescribed chemotherapy or radiation, said Dr. Rab Razzak, director of outpatient palliative medicine at Johns Hopkins Medicine in Baltimore.

The result: People with advanced cancer don’t know enough about their disease to make informed decisions about treatment or how they want to spend their remaining time.

Even the oncologists who prescribe cancer treatment might not realize that so many of their patients are clueless about what’s going on. “I don’t think they recognize the enormity of it,” Razzak said.

In a study published last year in the Journal of Clinical Oncology, only 5 percent of cancer patients with less than six months to live had an accurate understanding of their illness. Thirty-eight percent couldn’t remember ever talking to their doctor about their life expectancy.