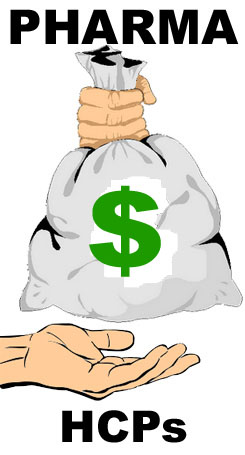 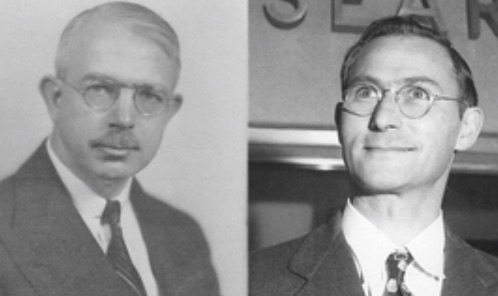 [From www.statnews.com] The movement to make biology papers freely available before they have been peer-reviewed, let alone published in a reputable journal, finally succeeded in 2013, when bioRxiv (pronounced bio-archive) was launched by Cold Spring Harbor Laboratory. But 50 years before, the National Institutes of Health tried something similar: distributing unpublished scientific papers, or preprints, to a handpicked group of leading researchers.

The effort was intended to speed the dissemination of potentially important advances, but it was met with such hostility from some eminent biologists and journals – one called the papers “shoddy merchandise” – that it was shut down after just six years, a historian reported recently in PLOS Biology.

“It’s fascinating to see that the same things happened 50 years ago,” said bioRxiv co-founder Richard Sever, who had never heard of the earlier preprint effort (which, of course, used snail mail). “The business concerns of the journals, the scientists who warned about the terrible things that would happen if information that wasn’t peer-reviewed got out – that was very much what we experienced with bioRxiv.”

The same thing happened in 1995 when I launched “Posternet,” the goal of which was to develop a way for clinicians and researchers to make abstracts, posters and brief scientific communications widely available through the Internet. See article below.

NOTE: Francis Crick, co-discoverer of the double helix structure of DNA and past director of the Cold Spring Harbor Lab, said of the NIH effort, “The idea of increasing it even in this semi-public manner fills me with horror.” Does bypassing medical journal peer review fill you with “horror?” I think some pharma marketers may like the idea. But not the FDA, which allows drug and device companies to pass out articles to doctors only if the articles were peer-reviewed and came from a journal with an expert editorial board.

[From www.pharmamarketingnews.com] In 1995, VirSci Corporation & John Mack launched the “PosterNet Demonstration Project,” the goal of which was to develop a way for clinicians and researchers to make abstracts, posters and brief scientific communications widely available through the Internet. The PosterNet concept was developed by Jerry D. Gardner, MD and Rick A. Barbarash, PharmD at the Saint Louis University School of Medicine together with VirSci Corporation.

PosterNet was designed to allow computer users to register from any location in the world at no charge in order to upload a poster, gain access to a poster, make comments about a poster to which the authors could respond, and read the previous comments of other viewers and responses from the authors.

The demonstration project included several electronic posters that were previously presented at a Digestive Disease Week conference, but the plan was to alllow investigators to upload posters that had not been presented previously. You can access these posters on the Internet Wayback machine here.

At the time, the New England Journal of Medicine (NEJM) raised the issue of “prior publication” in response to PosterNet in an editorial and followup comments. “We have always been willing to review manuscripts that had been presented first at medical meetings,” said the NEJM editors, “but we have asked authors not to submit their figures and tables to reporters, so that peer review could take its course. Like preprints, any poster incorporated into a host computer with free access by anyone on the Internet (such as those on PosterNet) will be considered previously published, and we will not review for publication any manuscripts based on such posters.”

NEJM stated that it would exempt all presentations at scientific meetings from the policy. An important issue in terms of the Internet is, what constitutes a “meeting”?

In response to the NEJM’s comments, Gardner and Barbarash wrote: “We believe that the editors should consider presentations at a virtual meeting on the Internet that requires registration by participants to be like presentations at any other meeting. We also believe that the editors should not consider posters such as those currently demonstrated on PosterNet to be ‘manuscripts’ or to be ‘prior publications.’ Such a policy will preserve the advantages of peer reviewed publication without placing unwieldy and potentially chilling restrictions on communications among investigators.”

Should We Stop Suggesting Physicians are “Bought” by Pharma Gifts?

[From medicaleconomics.modernmedicine.com] Every few months, another study is released with the same general theme: Gifts from pharmaceutical companies compel docs to prescribe more costly drugs.

In a study published in the journal PLOS One, 2,873 Medicare Part D prescribers in the nation’s capital were analyzed based on their prescribing habits. The study found that 39% of the docs received gifts from pharmaceutical representatives in 2013 – ranging from meals to ownership interest in products.

These physicians wrote 2.3 more prescriptions per patient claim, prescribed $450 more in medications per claim and prescribed 7.8% more branded drugs compared with those who did not receive a gift.

[BTW, these were not physicians. Read “Nurse Practitioners and Physician Assistants are Also Swayed by Gifts from Pharma“]

“gift equals increased prescriptions” is not only disingenuous, it’s offensive to all doctors throughout the U.S. (not only those based in D.C.) And it is just unnecessary information to share with patients without explaining more of the details of these exchanges, which is simply not available in every case.

Physicians will do what is best for their patients. It’s time that studies like this start putting some facts behind their inflammatory research.

PinUp: How to Get Away with Murder. Raise prices again &...