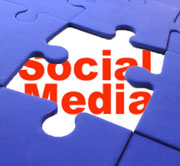 When I downloaded and read FDA’s “Guidance Agenda: New & Revised Draft Guidances CDER is Planning to Publish During Calendar Year 2011” in June, 2011, I was surprised to find that this “new” agenar (find it here) did NOT include “Promotion of Prescription Drug Products Using Social Media Tools”, which WAS on the 2010 Agenda (find that version here).

However, included in the 2011 agenda under the Advertising Category is “Responding to Unsolicited Requests for Prescription Drug and Medical Device Information, Including Those Encountered on the Internet.” Is this supposed to be the promised guidance we’ve all been waiting for? “Responding to unsolicited requests” is NOT specific to social media or the Internet.

In February, 2011, Tom Abrams, Head of DDMAC, said “We want to have these [social media] guidances out as soon as possible” (see here). FDA set the end of the first quarter of 2011 as the deadline goal. It missed that goal and hasn’t set a new one. Now I see that the 2011 Guidance Agenda doesn’t even include social media guidance.

Meanwhile, The EyeOnFDA post “Breaking — Its Official — FDA Delaying Social Media Guidance Until at Least Q1 2011” highlighted email from the FDA that had “Responding to unsolicited requests” at the top of the list of social media issues the FDA is researching for draft guidance.

Undoubtedly, social media and the Internet expose pharma companies to unsolicited requests (ie, when they allow comments on Facebook or follow people on Twitter) and the issue of how to respond to such requests about off-label use of drugs on pharma-owned social media sites was discussed at the November, 2009 Public Hearing (see here).

Writing guidance for handling unsolicited requests is a no-brainer compared to developing guidance on how pharma marketers can comply with FDA regulations when space is limited as in search engine ads and tweets. Why isn’t the FDA tackling THAT all-important social media issue first? After all, those infamous 14 NOV letters were all about that and NOT about handling unsolicited requests. For my answer to that mystery, see “A Pharma Social Media Conspiracy Theory.”

I contacted Jean-Ah Kang, Special Assistant to Tom Abrams at DDMAC. Here’s the response I received from her via email:

Thanks for your voicemail and e-mail messages. You should have received an autoreply e-mail from this account with the current status of our policy and guidance development on Internet/social media promotion, which is an Agency-wide effort that involves an extensive work and review process. While “Responding to unsolicited requests…” is listed by name on the 2011 CDER Guidance Agenda, it is only one of multiple topics for which we plan to issue draft guidances. At this point I cannot provide any specific timeframes due to our GGPs as many parties are involved, not just DDMAC. Please know that we are committed to moving forward with policy development in this important area by issuing well-vetted and meaningful draft guidances!

So, why did the FDA put “Responding to Unsolicited Requests” at the TOP of its list of “issues related to Internet/social media promotion of FDA-regulated medical products” for which it promises to issue guidance in 2011? Where did that issue arise? It wasn’t mentioned in the Federal Register, as I said.

So, I decided to look in the transcripts of the Public Hearing and found only ONE mention of “unsolicited” and it was in the November 12, 2009, presentation made by Mark Gaydos, Senior Director of U.S. Regulatory Affairs, Marketed Products at sanofi-aventis. Gaydos spoke on behalf of the Social Media Working Group, which included representatives from Amgen, AstraZeneca, Bristol-Myers Squibb, Millennium Pharmaceuticals, and sanofi-aventis U.S. He spoke specifically about practical approaches for the pharmaceutical industry’s “engagement in online communities or social media in a compliant manner.”

Gaydos envisioned “specific scenarios where we’re talking about unsolicited questions that are posed on a company-sponsored site.” One specific scenario involved questions about “off-label” use of a company’s drug. Gaydos said, “with off-label questions there is already an accepted way for companies to in a compliant fashion respond to those questions,” but “It’s difficult to apply the same criteria here with the off-label statements.”

Gaydos imagined the following scenario: “You can imagine, for instance, someone visits a company site, and there’s a community hosted on that site, and they mention, oh, I’m taking your product for a specific condition, and that happens to be an off-label use of the product. However, it may have been deemed medically appropriate by their physician. Imagine how you would feel if you did something like that, and you were told by a company, that’s an inappropriate use of our product, when, in fact, the doctor said it is appropriate.” That could harm the patient-physician relationship, said Gaydos.

So here we have a social media scenario put forward by a coalition of pharma companies for which the FDA might issue guidance in 2011. And that’s what FDA means by “Responding to Unsolicited Requests” (more accurately, “unsolicited statements”).

Listen to my February, 2010, Pharma Marketing Talk interview of members of the Social Media Working Group (click the play button in the widget below):

For a follow-up to this story, see Citizen Petition Likely to Delay FDA Social Media Guidance.