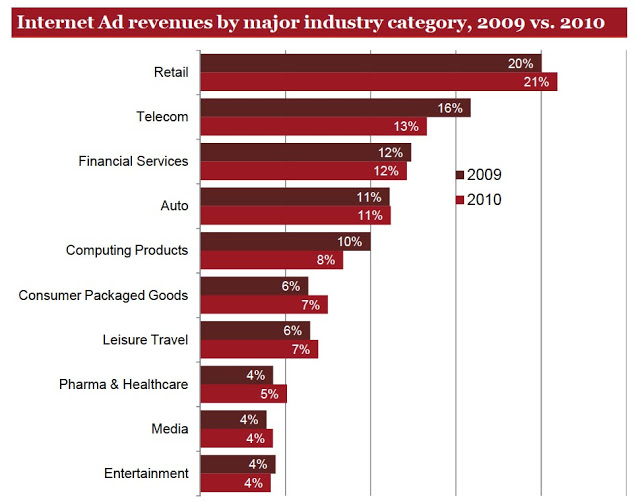 Internet advertising revenue in the United States totaled $26.0 billion for the full year of 2010, whereas ad revenue earned by newspapers was $22.8 billion, according to a PwC/IAB report (see here). Here’s the distribution of ad revenue charted by category: 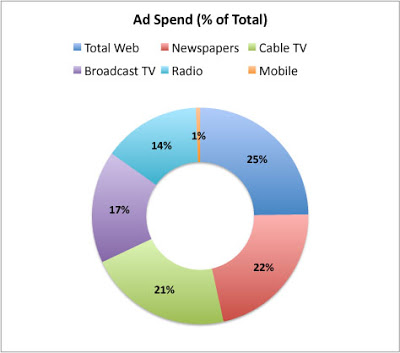 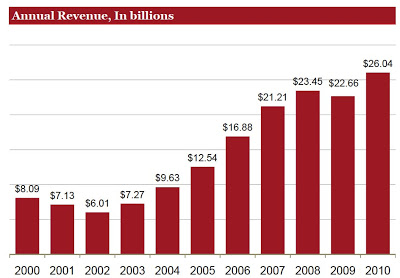 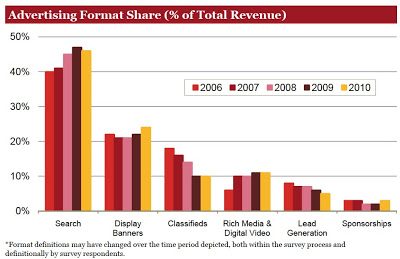 Finally, according to PwC/IAB, here’s the percent of total Internet ad revenues from different industries:

GUESSTIMATING Total Pharma Web Ad Spending
Pharma & Healthcare are near the bottom of this chart. 5% of $26.0 billion is $1.3 billion, which is what the Pharma/Healthcare industry spends on Internet advertising (INCLUDING search) according to PwC/IAB. Let’s say 80% (ie, $1 billion) of that is Pharma-related. Pharma spends about $4.5 billion in direct-to-consumer advertising. It may spend the same in advertising to physicians — not counting samples and sales rep expenses. If my guesstimate is correct, then $1 billion accounts for about 11% of the total pharma ad spend.

This story was originally published in Pharma Marketing Blog on April 14, 2011.