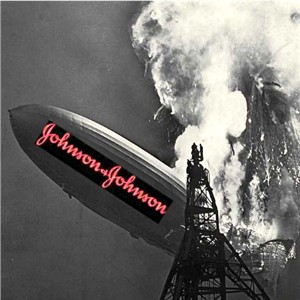 Johnson and Johnson’s recent announcement that it is filing a civil suit against the American Red Cross (ARC) has been called one of the worst PR moves ever made by a pharmaceutical company and one that has completely flushed away the goodwill the company earned years ago by its adroit handling of the Tylenol tampering crisis.

The sad fact is, no matter what the legal basis for this action is, JJ&J has allowed its legal department to outweigh its good public relations by acting independently and seemingly catching the J&J corporate communications department off-guard and on vacation.

“Our small media relations group was reduced even further by summer vacations,” claimed Ray Jordan, head of public affairs at J&J and pinch-hit blogger over at J&J’s JNJ BTW blog. He was filling in for Marc Monseau, Director of Media Relations, who was on vacation.

A Failure to Communicate
In a post to Pharma Marketing Blog (“J&J Lawyers Go Wild; PR on Vacation!“), I suggested that J&J’s corporate lawyers ran wild while key PR people were on vacation. Kind of like teenagers hosting a beerfest at home while the parents were in Aruba!

Which leads me to ask, in this day and age of bad pharma press aided and abetted by whistleblowers writing novels depicting pharmaceutical companies as murderous villains (see “A Tale of Two Pharma Whistleblower Novels“), shouldn’t the legal department at least coordinate its efforts with the corporate communications people before embarking on a civil suit or any other legal action that might impact the reputation of the company?

Damn straight, they should, IMHO!

This coordination of communications did not seem to happen this time at J&J. If that is so, then I think their corporate communications people and their legal people need to have a little tete-a-tete and lay down some ground rules for the future.

Personally, I’d rather have PR people in charge, deciding when and how to “pull the trigger” on these kinds of legal suits, the benefits of which should be balanced against the risks. And when the decision is made to shoot, please don’t try to get away with it when you think we’re all on vacation! Otherwise, you might just shoot yourself in the foot like J&J did.