Welcome to the latest issue of Pharma Marketing News. This is the Executive Summary version. You can download the full-text version of the complete newsletter at: https://www.pharma-mkting.com/news/pmnews3_8hsubx.pdf 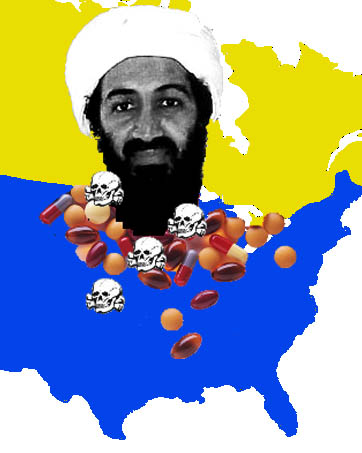 John Mack, Publisher and Editor
editor@pharmamarketingnews.com What Do You Think?

There are other arguments against reimportation of drugs including negative impact on R&D, no guarantee that it would be cheaper, etc. Which do you agree with?

Take our Drug Reimportation Survey and tell us what YOU think about this issue!

The Indian pharmaceutical market is the world’s fourth largest by volume (8% of global total) and thirteenth largest by value (less than 1% of global total). Although prices are the lowest in the world, 70% of the population does not have access to drug therapy and 2002 per capita consumption was only $3.33. The lack of pharmaceutical patents means that there is an average of 200 brands for every molecule on the market.

This except from the PharmaHandbook 2004 Edition covers the following topics:

Several drug re-importation bills are currently being considered in Congress.

Two Senate bills, the Pharmaceutical Market Access and Drug Safety Act of 2004 (S.2328) and the Safe IMPORT Act of 2004 (S.2493), are likely to meet head-to-head in conference committee. While neither may make it out alive in this session of Congress, the issue of re-importation, however, is not likely to go away.

This article offers a useful comparison of the provisions of these bills and illustrates where the lines on the policy debate are being drawn.

How Cheap are Canada’s Drugs Really?
By Aidan Hollis

This article compares pharmaceutical prices paid by governments in the United States and Canada. The comparator prices are those of the Federal Supply Schedule and the Ontario Drug Benefit List, for frequently prescribed brand name medicines.

The price differential between Canadian and US prices is shown to be relatively small, when considering prices charged to governments.

Buyer power exercised by governments is very important in reducing pharmaceutical prices and comparisons between retail prices in the US and government prices in Canada are therefore inappropriate.

“In 92% of households, women are the number one decision makers for most if not all purchases,” said Daria Blackwell, President and CEO, Knowledge Clinic, Inc. She was speaking at the Women’s Health and Wellness Conference held July 15-16 in Iselin, New Jersey. “More than 80% of healthcare purchasing decisions are made by women. Women account for more than half of the population in the United States and it makes absolute sense to market to women where, when, and how they choose,” she continued.

Multicultural communications can be a powerful addition to the armamentarium of the healthcare marketer. Often the most “successful” campaigns do not reach as wide an audience as possible because of a failure to understand either cultural or linguistic gaps when communicating with ethnic audiences. These people are a fast-growing segment of the population in the United States, and particularly in the area of health, they face huge disparities that call for proactive, aggressive, and ongoing multicultural healthcare commun-ications campaigns.

Why address multicultural communications? “From a business standpoint, it just makes sense. When 30 percent of your audience is ethnic, it no longer becomes a risk to address this audience, but a priority,” said Walter Arenzon, President and Creative Director, Farmacopea, Inc. He was speaking at the Women’s Health and Wellness Conference held in Iselin, New Jersey, July 15-16.

The Revitalized Brand: Creating a New Brand Image from an Old...