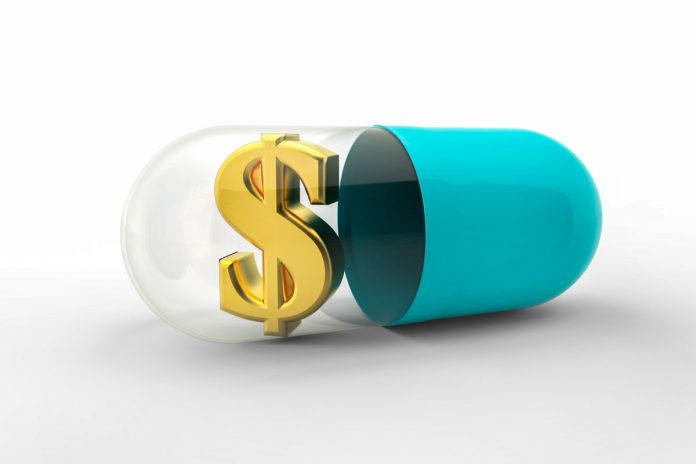 This series is a chronicle of developments related to transparency in healthcare pricing.

Transparency is all the rage these days on the theory that if purchasers were privy to the prices charged to various buyers of healthcare products and services, an open market would drive down said prices, and thus, the cost of healthcare, which now accounts for almost 20% of GDP.

That hypothesis is debatable. The reality is that healthcare is far from a free market. Third party payments grossly distort normal market mechanisms.

In fact, the market for healthcare is more analogous to a business-to-business marketplace than a consumer market. Large aggregators on both sides of the market consolidate both supply and demand and leverage their market power to raise or lower prices for any given good or service, compared to the nominal equilibrium of 330 million individuals, or 100 million households trading freely with a couple of million suppliers, ranging from small businesses to Fortune 500 corporations.

Since the leverage of market power plays such a powerful role in price negotiations, it’s debatable whether transparency would make much difference within the current market structure.

Nonetheless, this series will monitor events, attempt the impossible prognostication of how the future state of transparency will emerge at least from a probability perspective, and analyze its ramifications.

Our first installment summarizes a report on Medicare for All (#M4A), the latest label for what in the past has also been known as national health insurance, socialized medicine, and single payer.

The report entitled, “2020 Vision: Biden takes aim at Medicare for All,” reflects the schism among Democrats on the issue.

Biden prefers to build on his Administration’s Affordable Care Act (ACA, aka Obamacare), and attempts to position his primary opponents as unwitting dupes in the GOP’s relentless repeal and replace effort.

In a campaign video, Biden said, “I understand the appeal for Medicare for All. But folks supporting it should be clear: that it means getting rid of Obamacare. And I’m not for that.” Biden continuing, “I know how hard it was to get that passed. I watched it. Starting over makes no sense to me at all.“ I knew the Republicans would do everything in their power to repeal Obamacare. They still are. But I’m surprised that so many Democrats are running on getting rid of it.”

Meanwhile Bernie Sanders is about to make a major speech advocating M4A.

Biden’s position strikes me as insincere sophistry which renders him vulnerable to withering counter strikes from the left. It is fairly obvious that the ACA, once unbelievably a GOP alternative to M4A, is a far more moderate patch to fix the problem of the uninsured. In the event, oddly, 13% of Americans REMAIN uninsured under Obamacare, according to a recent report. If the uninsured percentage was the consensus baseline, if 15% pre-ACA, little was accomplished at great expense of political capital and federal treasure. That in turn justifies the reformers on both sides of the aisle who have pronounced Obamacare guilty as charged of failure to deliver the panacea its proponents prognosticated and sentenced it to death.

However, should he manage to emerge with the nomination, his middle-of-the-road position will insulate him from The Trumpian line of attack that a change of Administration will mean a change of health plan, doctor, and hospital.

Should the challenger be an M4A SJW (social justice warrior for the unwoke), the Obamaesque assurance that if you like the status quo you can keep it is literally incredible.

What does all this have to do with transparency? It is appealingly or appallingly simple based on your point of view. Under M4A as in Medicare, both monopsonies, pricing is a matter of public record. There is no negotiation—the supply side either takes it or leaves it. It’s the ultimate transparency.

Depending on how it’s structured, “leaving it” may mean leaving healthcare. The law could be written so that accepting compensation from any payer other than Medicare is a civil or criminal offense.

Lacking that draconian stipulation, it is possible to allow individuals and corporate benefits to freely contract with providers for services above and beyond the scope of M4A. In that case, those transactions might remain obscured.

Uneasy lie the heads that wear the crowns of pharma companies as the score of supplicants to the progressive polity compete in a game of limbo to see how low pharma prices can go.

This article in BioPharma dive sums up the situation:

The former is such a good idea for Medicare that pharma has spent great political capital to explicitly prohibit it by law. Biden proposed a specific mechanism wherein a board similar to the UK’s ironically acronymed NICE would determine fair price based on global benchmarks if available.

The latter is a cruel joke on beneficiaries. We have been through this before. In my home state of ILL-annoy, one of our criminal governors tried to pull off Canadian reimportation at the state level. The Canadians disrespectfully declined to treat Illinois like an honorary province, as their covenants with pharma would be jeopardized if volume suddenly doubled.

Biden proposes a tax penalty on companies that raise prices above the inflation rate which is next to zero. That could work.

Kamala Harris goes one step beyond and proposes a tax of 100% of profits on overpriced drugs. Cost accountants are salivating at the billable hours involved with making such drugs break even or worse.

That’s just for starters. Via executive order (bypassing the lobbied Congress), she threatens to license patents to low-cost manufacturers, which is legal for drugs based on publicly-funded research. If that one passes, she might as well zero out publicly-funded research while she’s at it as no company will spend the R&D necessary to get a price controlled drug through the GOVERNMENT-MANDATED FDA approval process. The alternative is essentially socialization of drug development and marketing for any publicly researched novel compound.

The political effect of all this is to shift pharma PAC money to the Senate GOP candidates in the 2020 cycle, as it has become the industry’s firewall to defend its pricing power.