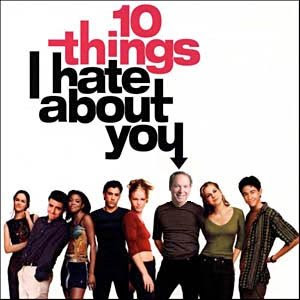 I did not attend the ePharma Summit today — I just had too much work to do here in the office taking care of business. Besides, one day was enough for me to meet old and new friends, which is what I love about ePharma Summit and other industry conferences. Unfortunately, there are some things that I hate. Let me elaborate in no particular order.

#1: Yesterday, before driving down to Philly, I ranted how much I loved how the folks who are running this conference promoted it and are keeping us informed about the conference and ePharma marketing issues in general (see “ePharma Summit: Practicing What’s Being Preached!“).

#2: The number one thing I hated was how panel “moderator” Robert Goldberg — co-founder, Vice President and Director of Programs for Center for Medicine in the Public Interest and blogger at DrugWonks — attempted to hijack the panel discussion on “Driving Policy/Guidelines Around the Use of Social Media in Pharma.”

By way of introducing the panel, Goldberg started by saying we should excuse his craziness because he hadn’t had his coffee that morning. He then went on a conservative rant that had many attendees scratching their heads and wondering if, in lieu of coffee, he imbibed or smoked something more powerful on his Accela train ride up from Washington, DC (or wherever).

Goldberg ranted on about Congress approving $1.1 billion for comparative effectiveness studies and other such anti-government issues that had absolutely NOTHING to do with what the panel was going to discuss! He had the bully pulpit and he used it to HIS advantage, not ours. Bob is like that. For example, he used Ted Kennedy’s illness to attack the “liberal healthcare agenda” (see “HOW ‘LIBERAL’ CARE WOULD KILL TED“). Not once in that article did he have any kind words of comfort for Kennedy or his family!

#3: The number one thing I loved about this conference was the network of people I met there. Unfortunately, there were few pharma people in attendance, although I did meet a couple of J&J people, including Peter Justason, Director, Global Marketing Group, and Marc Monseau, Director, Media Relations and JNJBTW blogger (Marc — why is your facebook image a photo of a mouse?). If it wasn’t for J&J, Pharma’s presence in social media would be practically nil!

Speaking of J&J’s use of social media, Peter introduced me to Bill Sickles, Head of Healthcare at Google. Bill was the person responsible for spearheading J&J’s Youtube launch. I hope to have him — and maybe Peter as well — as a guest on my Pharma Marketing Talk show as part of the ePharma Pioneer series of interviews.

I also met Bill Evans, Senior VP, Digital, at Fleishman Hillard, who is interested in working with me to delve into case studies of successful ePharma programs — something that his colleague, Mark Senak, has been doing on his blog (Eye on FDA).

Those were some of the “new” (to me) people I met. Of course, I also met a number of “old” friends including James Chase, Editor, MM&M (we dissed our competition), RJ Lewis, CEO, eHeathcare Solutions (who told me all about go-carting at 60 mph in south New Jersey — the closest he or I may come to Le Mans), Mark Bard, President, Manhattan Research (we talked how to keep ahead of dopplegangers in Google searches on our names, something he seems fond of doing), Mark Gleason, Sr. Vice President, Aptilon Holdings, who admitted to not having a facebook page (!), Jack Barrette, CEO, WEGO Health, who will be my guest this Thursday on Pharma Marketing Talk.

#4: I hate how at these conferences we always talk about the same thing — why pharma doesn’t pay more attention to (and spend more money) on “e” and how far behind other industries it is in this regard. There’s a divergence of opinion on this topic. Some want to see the glass half full — or at least more full than the naysayers see it. Paul Ivans, conference co-chair, thinks the “e” slice of the pharma marketing pie is “much greater” than the 3%, which is based on measured media spends (even that low number is often misquoted higher than it actually is; see here). He cited search as one of the unmeasured media spends and the fact that some brands devote MUCH MORE to “e” than other brands. All true, but when compared to other industries, we are comparing apples to apples — ie, measured media spends, and pharma is still lagging (see here for more on that).

If the ROI of “e” promotion is about 4-5 (ie, $4-5 dollars returned on every dollar spent) compared to 1-2 for broadcast TV DTC advertising, why are we even having these conferences? That was a question posed to John Mangano, Senior Director, Comscore after his presented his ROI analysis of a de-identified case study. I have to wonder at the veracity of those ROI numbers. As much as I like Comscore, I’ve seen the exact same dog and pony show before, which is another thing I hate about these “e” conferences.

#5: As I just said, I hate the “dog and pony” presentations that are meant primarily to promote your business. Aside from the fact that this is like preaching to the choir, it really contributes nothing to the conversation. Maybe it’s something we can use to entice more “e” marketing bucks out of pharma product managers, but it doesn’t get to the core of the problem. What would have been more exciting would have been a discussion about how to measure the effectiveness of social network marketing, which everyone wants pharma to engage in. This was the gist of a question from the audience. ComScore, unfortunately, does not measure that. I’ll be addressing that problem in my Pharma Marketing Talk discussion with Fabio Gratton (see “How To Measure Social Network Communications Success“).

#6: [Left intentionally blank for you to fill in — see comments.]

#7: [Left intentionally blank for you to fill in — see comments.]

#8: I hate that coffee was very hard to get at lunch and impossible during the afternoon break. I tweeted (twittered?) about that during the conference after James Chase and I wandered around searching for caffeine. If it wasn’t for Grad Conn, Snr Director, Product Marketing, Microsoft Health, who cracked us up with his humor, I would have fallen asleep near the end — if fact I DID fall asleep. Hope I wasn’t snoring!

#9: Speaking of Twitter, I love that a lot of us were posting messages from our cell phones during the conference. I was wondering if any of the panel members picked up my tweet about Goldberg ranting while they were sitting there nervously waiting for him to turn the mike over to them? My tweet about the coffee issue may have been unwarranted — Allison noted that “We’ve already had a great coffee hour and got a chance to meet a few of our fellow attendees–great coffee, too!” Obviously, I missed that. My bad.

#10: Summarizing Microsoft’s efforts to build a personal health data repository, I loved it when Grad Conn simply said, “It’s really hard and it’s going to take a long time!” That about sums up pharma’s path to mastering social media marketing.