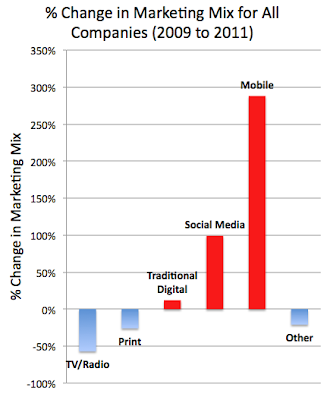 Pharmaceutical brand teams are generally dissatisfied with their outsourced digital marketing, according to a study by Cutting Edge Information (see press release).

In surveys and interviews, executives acknowledged the challenges that their industry presents to external communication agencies, not the least being the lack of clear regulatory guidelines for pharmaceutical digital marketing. Despite that, pharmaceutical brand teams’ opinions of agency performance are generally negative. Across all activity categories, only 21 percent of responses were “good” while 35 percent were “poor.” No respondent ranked their experience with outsourced digital marketing as “very good.” This is based on 34 responses.

It seems that familiarity breeds contempt — the poor rating of digital agencies comes at a time when pharma marketers have increased the proportion of marketing dollars spent on digital.

Data from the summary report claims that “traditional digital marketing” (Web sites, web display ads/banners, email, search) represented 26.6% of the overall pharma marketing budget in 2011 compared to 23.7% in 2010; a 12% increase. These absolute percentages are similar to what PwC/IAB reported for all industries (see, for example, this chart). But my analysis suggests only 11% of pharma’s total DTC marketing budget is devoted to “traditional digital marketing” (see “Ad Dollars Follow Eyeballs to Web“).

The report cites this caveat about the data: “this data does not suggest that actual spending by pharmaceutical companies on print media declined 26% between 2009 and 2011 but that print media is taking on a less significant role as a percentage of the total marketing mix.” The same is true for the increase in share of social media and mobile: these “channels” are taking on a MORE significant role, especially since there are data suggesting that the OVERALL pharma DTC (direct-to-consumer) marketing budget decreased from 2009 to 2011 (see this chart).