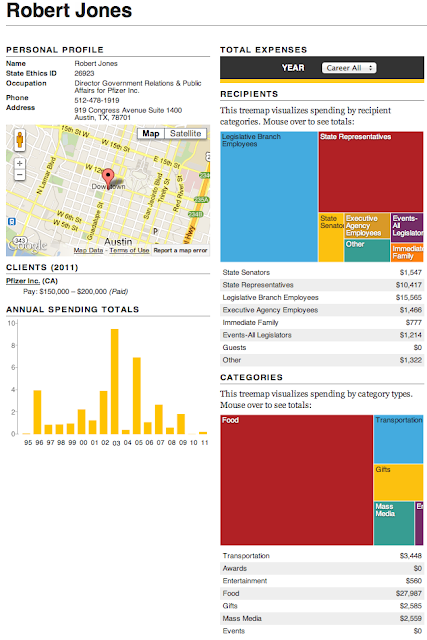 Shortly afterward, JNJ pulled out of ALEC, saying it does not “condone legislative proposals that could serve, even inadvertently, to limit the rights or impact the safety of any individual” (see Star-Ledger editorial: “Johnson & Johnson right to pull out of ALEC“). The Star-Ledger pointed out that JNJ “has also had some ethical cleanup to do, and not just for being part of these ALEC initiatives.”

The Star-Ledger describes these initiatives:

“The group [ALEC], which crafts model legislation to advance the interests of its corporate members, has promoted a flurry of bills that erode basic rights. Such as its measures to toughen voter identification requirements around the country, which disenfranchised the poor and the elderly without any real evidence that voter fraud is even a problem. And its dangerous “Stand Your Ground” laws, which basically allow anybody to use deadly force in purported self-defense, sometimes without even having to stand trial — like the Florida law that initially prevented any prosecution in the Trayvon Martin case.”

Don Bohn, Vice President of U.S. Government Affairs at JNJ, is still listed (as of 14 June 2012) as a member of ALEC’s “Private Enterprise Board” (see here). I realize it takes some time to update a Web page, but deleting one name on a static Web page list is a no-brainer. Therefore, I hope JNJ truly distances itself from ALEC and cleanses its name from the list TODAY!

“Johnson & Johnson is the first business in New Jersey to wise up about ALEC, and it shouldn’t be the last,” said the Star-Ledger. Other ALEC big pharma members cited by the Star-Ledger include: Novartis, Merck, Daiichi Sankyo, Reckitt Benckiser Pharmaceuticals and Sanofi-Aventis (see a complete list here and here).

I was able to find some details about a few of ALEC’s remaining Private Enterprise Board members:

Jeffrey Bond
Senior Vice President of State Government Affairs, PhRMA
PhRMA was a 2011 recipient of ALEC’s Private Sector Member of the Year Award and a “Chairman” level sponsor of 2011 ALEC Annual Conference, which equated to $50,000 in 2010 (see here).

I wasn’t able to find any of these executives on Twitter, but I have asked a few of them to connect with me via LinkedIn. I found out that Pfizer’s Robert Jones has been a registered lobbyist in Texas since 1995. Here’s a glimpse of his profile (found here) showing how he spent his money “lobbying” Texas lawmakers:

This is just a small peek into the life of pharma lobbyists. Obviously, they spend a lot of time wining and dining, which was something pharma sales reps used to do, but can’t do any more!