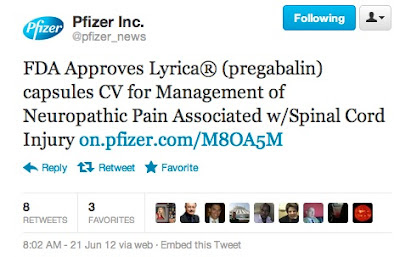 This week, I attended CBI’s 3rd Annual Forum on Social Media Regulations and Compliance in Alexandria, VA. Many of the medical/legal/regulatory (MLR) presenters and attendees were from smaller pharma and biotech companies such as Biogen, MedImmune, Astellas, Amarin, Ferring, etc.

In the absence of specific social media guidance from the FDA, several presenters tried to “navigate through current guidance and enforcement” to offer advice on how to develop a compliant social media strategy. This technique is what is often referred to as learning from “received precedent,” which is a risky methodology considering FDA’s past actions that have contradicted previously-accepted precedents (see, for example, “Death of the One-Click ‘Rule’ or ‘Received Precedent’ or Whatever!” and “FDA’s Actions Speak Louder than Its Words“).

One topic that was discussed by at least a couple of presenters was who controls the content on social media and, specifically, what content is pharma responsible for when it engages in social media conversations.

Glenn Byrd, Senior Director, Regulatory Affairs, at MedImmune, spoke about pharma accountability in his presentation. “At what point do we lose control of our content? When do we lose the responsibility [for content] so FDA does not come after us?” He cited “retweeting” as an example. As an non-social media example, Byrd talked about B-roll video, which pharma companies often provide to TV news stations when they are doing a story about a newly released product. “They [the news outlet] take it and they do whatever they want with it,” said Byrd.

Of course, the B-roll itself must be compliant with FDA regulations. If it mentions a drug name and its indication, for example, it must also provide the important safety information (ISI) just as if it were a direct-to-consumer (DTC) ad.

But pharma companies are using Twitter to tweet about brands and their indications WITHOUT including any ISI. Take for example this LYRICA tweet that @pfizer_news sent just this morning:

This links to the press release, which has all the necessary ISI. It’s as if Pfizer still believes in the “one-click rule” when it comes to tweets linking to press releases. The logic is this: there is no “received precedent” of FDA citing such tweets as violative, therefore it is perfectly OK for us [Pfizer] to do this.

Note that the tweet has been “retweeted” at least 8 times and cited a “favorite” tweet at least 3 times. The tweet has also been posted to the Pharma Marketing “News From the Pharma Industry” Forum (see here) where anyone can post a “reply” message. Thus, an ongoing conversation out of Pfizer’s control can result from this tweet on Twitter and on discussion boards. That is the viral nature of social media.