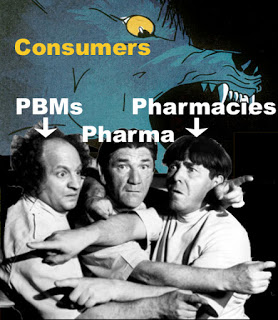 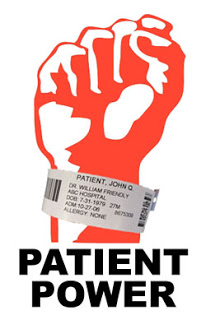 Patient Centricity used to be a buzzword in that it was often mentioned but seldom practiced by pharma companies.

A lot of progress has been made in the past years to achieve patient centricity, but not all drug companies have had much success. Unfortunately, that has had a negative impact on the industry’s reputation.

Timothy White, Head of Global Customer Interaction Management at Lundbeck, once said people on the commercial side of the pharma business have an “unhealthy obsession with ‘buzzwords’.”

Worse than that, noted White, marketers cannot articulate the usefulness of the buzzwords they use.

Two years ago I compiled a list of “Buzzwords” used by pharmaceutical marketers. Patient Centricity was one of them (read “Pharma Buzzwords Heard During a Conference“).

In a recent podcast (listen here) I pointed out how patient centricity has paid off in a big way for the drug industry when it comes to marshaling patients in support of speeding the approval with the FDA, which, by law, must include the patient perspective in the drug approval process.

But pharma still struggles to achieve patient centricity. Rich Myer, author of World of DTC Marketing Blog, reported recently that according to IMS a majority of pharma companies have attempted patient-centric initiatives but only a third have reported any success. Only 4% reported a high degree of success and nearly 60% of pharma professionals said there is no consistent definition of patient centricity in their organization (read “Why Does #Pharma Have Problems With Achieving Patient Centricity Success?“).

To be successful at patient centricity, the drug industry must first define what they mean by the term. Astrazeneca has taken the first step to doing that.

I won’t get into the details here, but this definition encompassed five clear themes of importance: 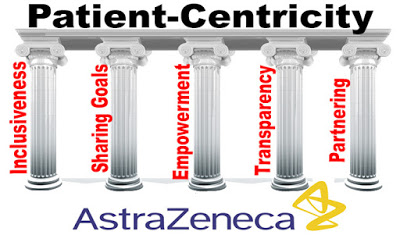 Obviously, a pharma company that is patient-centric will improve its reputation among patients.

These days, the reputation of pharma companies among patient groups has sunk to a near historical low.

Just 38 percent of patient groups thought the pharmaceutical industry had an “excellent” or “good” reputation in 2016 according to PatientView, a research firm that canvassed more than 1,400 patient groups from 105 countries (read “Pharma’s Rep Among Patient Groups Sinks to Near Historical Lows“).

No doubt most of this negativity is due to all the media attention on high drug prices. And it’s not helping that drug companies, pharmacy benefit managers, and pharmacies are blaming each other for the problem (read “#Pharma, PBMs, Pharmacies: The ‘Three Stooges of Drug Price Lobbying!’“).

It’s time for the drug industry to stop acting like the three stooges and work compassionately in partnership with patients to keep the cost of medicines affordable. Too often, however, pharma is more shareholder-centric than it is patient-centric.

Myer put it this way: “Market research has to do a better job to uncover patient insights and management needs to stop measuring against sales.”

Is Pharma Working with Wikipedia to Ensure Its Drug Information is...