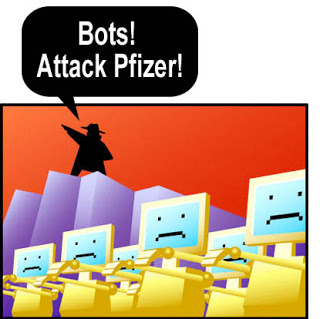 I think it was an American journalist (A.J. Liebling) who said “Freedom of the press is guaranteed only to those who own one.” I was reminded of this after Senator Joe Lieberman pressured Amazon.com to remove WikiLeaks docs from its cloud servers and Amazon complied.

This concerns me. But of even greater concern to me is the spate of hacker attacks against Wikileaks and counter-attacks against Amazon and other web sites like Mastercard and Paypal that have also ceased doing business with WikiLeaks (see, for example, “Hackers Give Web Companies a Test of Free Speech“).

Perhaps pharmaceutical companies are next. What’s to prevent some hacker from deciding that the Lyrica.com web site should be shut down because he/she took issue with print ads that may be in violation of FDA regulations (eg, see “Pfizer’s Latest Lyrica DTC Ad Should Be Cited By FDA as Misleading“)?

I am not technically savvy enough to know how these attacks are done, but I understand it’s a fairly simple thing to do. And I don’t know how Web sites can protect themselves from hacker attacks in general.

But one thing I suspect: many pharmaceutical may not have a plan in place to protect their web sites. I know form experience that even the largest pharmaceutical company in the world was not too technically savvy about how to start up a twitter account and keep abreast of what was being said about it on Twitter (see “Follow Who’s Following Me on Twitter. But NOT Phishy ‘pfizer’ Please!“).