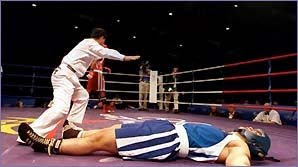 Bob Ehrlich, Chairman of DTC Perspectives, admitted today in his e-mail OpEd piece that “It looks increasingly likely we will have a Democratic victory in November.” (You may find the totality of Ehrlich’s comments here.)

Of course, my survey does not meet rigorous statistical significance, and I do not know the polls upon which Bob may be basing his prediction. But it’s interesting to know what my readers are thinking on this subject. So please take my survey and give me your comments.

Bob also made an interesting comment comparing the pharmaceutical industry with the investment banking industry:

“Main Street dislikes drug companies almost as much as bailed out banks. Once the political opportunities wane for attacks on financial companies we can expect drug companies to be a nice juicy target. I do not anticipate any bans on advertising. I do expect much more vigorous enforcement from the FDA on drug company marketing practices.”

It’s not that we need MORE regulations from the FDA (or from the SEC). What we need is proactive ENFORCEMENT of regulations already on the books. As the New York Times reports (“Agency’s ’04 Rule Let Banks Pile Up New Debt, and Risk“):

“The [Securities and Exchange Commission]’s decision [to exempt investment banks’ brokerage units from an old regulation that limited the amount of debt they could take on and] effectively to outsource its oversight to the firms themselves fit squarely in the broader Washington culture of the last eight years under President Bush.

“A similar closeness to industry and laissez-faire philosophy has driven a push for deregulation throughout the government, from the Consumer Product Safety Commission and the Environmental Protection Agency to worker safety and transportation agencies.”

The Times could have added FDA to that laissez-faire agency list.

“It’s a fair criticism of the Bush administration that regulators have relied on many voluntary regulatory programs,” said Roderick M. Hills, a Republican who was chairman of the S.E.C. under President Gerald R. Ford. “The problem with such voluntary programs is that, as we’ve seen throughout history, they often don’t work.” – NY Times.

I think it’s also fair to say that the public has a dim view of the FDA as evidenced by the fact that the agency is hiring outside PR consultants to improve its image and in typical closed-door Bush cronyism fashion, it surreptitiously bypassed government contract procedures to hire friends of friends (see Pharmalot post).

The coming melt-down of the financial well-being of the pharmaceutical industry will not depend upon Main street’s opinion of the industry. It will have more to do with weak pipelines and generic global competition — some of the same worries that lead investment banks to seek special exemptions from regulations.

And, BTW, there are special tax breaks for R&D dependent industries (eg, pharmaceutical and high tech) in the bailout bill that just passed in the Senate. It just could be deja vu all over again!