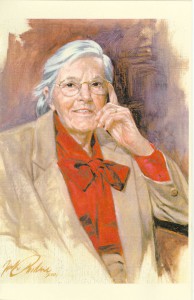 In a Forbes piece (here), former Pfizer VP of Research John LaMattina noted the “jarring” juxtaposition of two articles in the August 8th edition of the New York Times.

The other was an article about a court ruling opening the door for pharma to promote their new (and old) drugs off-label (read Amarin Wins Off-Label Case Against FDA; Will Promote Viscera Off Label “ASAP”).

You recall that thalidomide was already on the market in Europe as a sleeping aid, when the drug company Merrill submitted it for approval to market in the U.S. by the FDA.

Dr. Kelsey felt that there was insufficient safety data to justify U.S. approval. “Much to Merrill’s dismay,” notes LaMattina, “Dr. Kelsey was adamant that more testing was needed and refused to recommend approval of the drug. This delay proved to be more than justified.”

Jump ahead more than 50 years to the off-label court case. What does the thalidomide experience teach us about off-label promotion?

In the Amarin case, the court ruled that the company has the right, under the First Amendment, to promote information to health-care professionals about certain uses of Vascepa that aren’t covered by the drug’s FDA-approved labeling—as long as the information is true and not misleading. The problem is that—like thalidomide—not enough data may be available to assure the safety of the drug in certain populations when used off-label.

“There needs to be a better balance between FDA oversight and free speech.” How can this balance be achieved?

Perhaps the drug industry (ie., PhRMA) should add an off-label promotion principle to its out-dated 2008 Code on Interactions With Health Care Professionals. I note that PhRMA says “In interacting with the medical community, we are committed to following the highest ethical standards as well as all legal requirements.” So, although it may be legal to promote new off-label uses of drugs to HCPs, it may not be ethical under some conditions.

What would such a principle look like? For example, under what conditions would it be ethically OK for a pharma company to promote a drug off-label to healthcare professionals and when would it not be OK? Provide your feedback here.

In a Pre-emptive Strike, Amgen & Genentech (Roche) Lobby States to...