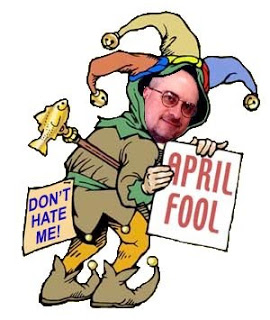 If you were taken in by my FDA-social media guidance April Fool’s post (see here), you were not alone. Many other savvy people were also fooled.

Within minutes of posting a notice on Twitter, hundreds of visitors flocked to Pharma Marketing Blog to read the amazing news. Hundreds are still visiting while I write this.

The fake press release I posted was even copied and uploaded to other blogs, including the Medical Sales Recruiter blog: see “FDA sounds off about Pharma/Medical and their use of Social Media: Youtube, Twitter, etc.” and Drug Wonks too!

Many people are also e-mailing me asking if it’s true because they can’t tell if it’s an April Fool’s joke or not!

Why do so many people want to believe?

It’s about time is why!

And the time may be near! The FDA may actually issue such guidance in the near future — no kidding this time!

Regulatory executives from several pharmaceutical companies have been meeting and discussing guidelines on how the drug industry can take advantage of social media for marketing and other healthcare communications purposes. The FDA has been involved as well! I was told this several weeks ago by a regulatory person in attendance at an industry conference.

But you don’t have to take my word for it. You can read about it here: “Key Headline From Waggener Edstrom Webinar: Pharma Working With FDA On Social Media Marketing Guidance“

The same story was repeated in the April issue of MM&M.

What’s the next step?

Call to Action: Bring More Stakeholders Into the Discussion!

The FDA did it right in 1996 when brought in all these stakeholders — including me — for a two-day public hearing on FDA AND INTERNET: ADVERTISING AND PROMOTION OF MEDICAL PRODUCTS (find the minutes here).

In his opening remarks to that hearing, Bill Schultz, who was Deputy Commissioner at the time, said “With the increased popularity of the Internet, it’s not surprising that questions would begin to be raised about how the laws pertaining to drug and device advertising apply to the Internet. FDA has no question but that they do apply and, in fact, the Agency has issued a number of warning letters during the past six months. But we also recognize that the Internet raises some new and important and very different issues regarding the regulation of promotion.”

Well, it’s deja vu all over again! I bet the current people in charge of the FDA don’t realize there was such a public meeting.

Next week I am hosting a invitation-only roundtable discussion entitled “Overcoming Barriers to Pharma’s Engagement in Social Networks.” It’s a special event primarily for members of the ePharma Pioneer Club. At least a dozen people will be participating, including several pharma people. I am also inviting Jean-Ah Kang from the FDA and a representative from PhRMA to attend.

If you are interested in attending (openings are limited), fill out the ePharma Pioneer Club membership form and let me know.

Maybe we can get the ball rolling a little faster on this issue!

———————–
Should FDA Convene a Public Hearing on Use of Social Media by Pharma?
[Click here for background.]

This survey presents you with several different procedures the FDA could use to develop guidance for the use of social media for the promotion of drugs and other medical products it regulates. These are:

Please take the survey and indicate your level of agreement or disagreement with the above options/statements. Be sure to add comments as well. Thank you.