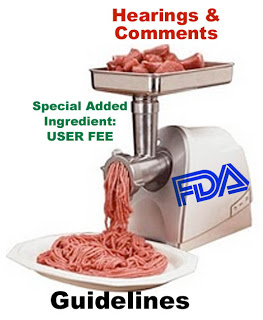 In a report issued last week by FDA’s Transparency Task Force (see “19 steps FDA is taking to improve its transparency to regulated industry“) the FDA took note of several comments it received stating that the timeliness of its regulatory guidance process must be improved; comments such as: “the process moves too slowly to provide meaningful information to industry.”

In response, the Task Force report says that “there are no simple solutions to such problems”:

“In part because of competing, sometimes higher-priority [my emphasis], demands on agency staff, there are no simple solutions to such problems as lack of predictability about when a guidance document will issue. For example, if application review, regulation development and crisis management are all given a higher priority than guidance development, and the same staff are responsible for all of these activities, it may be impossible to predict when guidance documents will be completed. In addition, many of the problems, such as timeliness, cannot be addressed solely by greater transparency.”

Timeliness of issuing FDA guidance was top of mind in 2010 for the many pharma marketers who waited for social media/internet draft guidance that the FDA hoped would be released before the end of 2010. That did not happen (see the 2010 Pharma Marketing Yearbook for a review) and many of us were left wondering why — especially when it seemed likely that the FDA would take more manageable “baby steps” and issue multiple guidances on specific issues such as space limitations in social media and search engine advertising (see “FDA Social Media Guidelines Best Done in Baby Steps” and “I Predicted It: Social Media Guidance Likely To Be Split Into Multiple Documents“).

In response to the criticism, the FDA’s Task Force suggested the following ACTION STEP:

ACTION 11:
To examine suggestions for improving the guidance process, the Commissioner has formed a cross-agency working group under the leadership of the Office of Policy. This working group is examining the current process and will identify best practices for improving the agency’s work on guidance. Topics include streamlining guidance development, reducing the time between issuance of draft and final guidance, and making it easier to find guidance documents on the FDA Web site.

With regard to the implementation of this “ACTION STEP,” the Task Force said: “The working group will summarize their review of the guidance development process and make recommendations, as appropriate, by the end of FY 2011.”

These recommendations, however, will not likely have any impact on current guidances currently working their way through FDA’s sausage making — er, I mean guidance development — process.

In order to provide “more predictability and clarity” with respect to the guidance development process, the FDA “will inform industry about the progress of certain high priority guidances [my emphasis] in development by disclosing a timeline from the start of the agency’s work on a draft guidance to publication of the final guidance.”

What does FDA consider to be “high priority guidances?” In a footnote, the Task Force defines it this way: “A certain guidance document may be considered ‘high priority’ if the content in the planned guidance would benefit public health (e.g., responds to a public health risk or provides information about clinical study design), is required by statute, would improve agency operations, or is included as part of user fee negotiations.”

Whether or not social media guidance is high priority is up for debate. Many pharmaceutical companies, however, suggested that lack of guidance for drug promotion via the Internet and social media adversely affects public health because of the mis-information about products proliferating throughout the Internet.

Whatever the merits of the public health argument, it appears that the drug industry can MAKE the issuance of social media guidelines a “high priority” by PAYING for it (ie, include it “as part of user fee negotiations”). Is it possible that the FDA is blackmailing the drug industry into paying more user fees before it issues social media guidance?

See “FDA, DOJ, & Google: Conspiracy Theory, Part 2” for more speculation as to why the FDA has delayed issuing SM guidance.