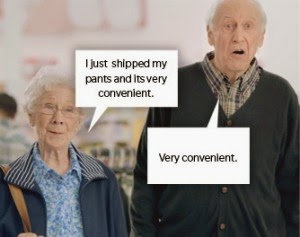 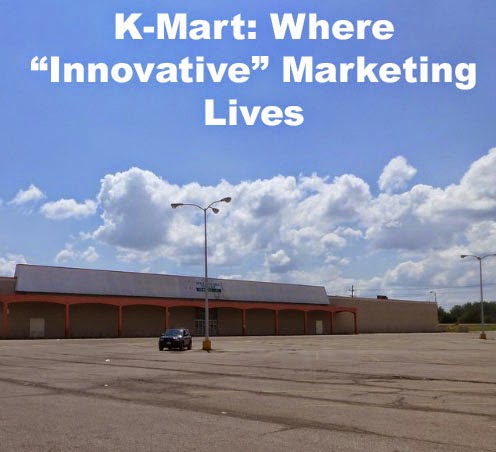 Several recent articles and blog posts have claimed there is a lack of “Innovation” among pharma marketers who are afraid to “rock the boat.”

World of DTC Marketing blogger Rich Meyer, for example, blames pharma’s “conservative” legal/regulatory people for preventing DTC marketers from being more innovative. He would like to see pharma marketers focus more on innovative digital and social media channels. But pharma marketers are afraid to do that because there is less guidance from the FDA and thus more chance that they will inadvertently run afoul of the regulators (read “2014 was a Good Year for FDA & Pharma“).

Another consultant – Mark Schnurman, founding partner of Filament – writing in a MM&M article, advises agency people to “try new ideas” and “find a backdoor through which you can let your risky idea see the light of day.” Mr. Schnurman cited K-Mart’s viral “ship my pants” campaign as an example of a risky idea that saw the light of day and succeeded.

First of all, isn’t K-Mart dead in the water? Bad case study, Mark. But there’s another reason why the “ship my pants” campaign is a bad example for pharma marketers to follow and it has nothing to do with regulations.

According to Schnurman, the success of the “ship my pants” campaign wasn’t due to its television ads, which we all know is the stalwart of conservative pharma marketers. No, it was because the campaign went viral on Youtube while K-Mart continued to run the “conservative, uninspired, client-driven, ‘what’s on sale now’-type of TV campaign.”

I’m not sure what killed K-Mart, but “going viral” on Youtube is NOT a winning marketing strategy, although its an “innovative” idea. In fact, it’s a nice idea, but incredibly difficult to implement and be successful at. It’s really hit or miss.

There’s one example I know where a pharmaceutical company attempted to go viral on Youtube and missed. That was the Boehringer Ingelheim’s “Parrot” video (see “BI’s Famously Buxom and Unpronounceable YouTube Video“). It was an epic #FAIL! BI took down the video almost immediately, but it lives on here where it has accumulated over 300,000 views. So perhaps it’s a success after all!

In any case, successful viral campaigns are almost as useless to pharma marketers as is broadcast TV campaigns. That’s because both rely on reaching the masses rather than a targeted audience. Most medicines are specifically targeted for certain medical conditions that only a relatively few people have compared to the general population. If you can selectively reach that specific audience, your chance of success (e.g., good ROI numbers) will be substantially improved. Of the millions of people viewing a viral Youtube video, only a few will act on the message – if there is one. It may result in good ROI – Youtube videos are cheap to distribute – but as I said above, it’s hit or miss.

Despite the naysayers out there, I believe there are examples of “innovative” pharma marketing in the digital/mobile space. Listen to the following podcast as an example.