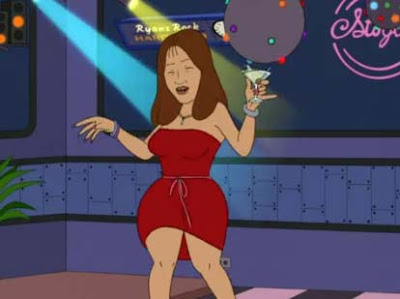 The first chapter of the best selling book groundswell asks and answers the question “why the groundswell — and why now?” Groundswell does not refer to the rock band of that name, but to the phenomenon of customers defining brands and companies in the social web by talking about them on Facebook, writing about them in Wikipedia and blogs, and posting user-generated videos on YouTube.

To illustrate the power of this groundswell, the authors cite a sci-fi story — Microcosmic God — written by Theodore Sturgeon in which a scientist creates a rapidly evolving race of three-inch-tall creatures called Neoterics. Neoterics experience a generation in about eight days. That proved very useful to the scientist who studied how his creatures invented solutions to problems to which he exposed them.

In fact, the scientist used what he learned to create commercially successful inventions in the real world, which is the object lesson: the world of the Neoterics is an “apt metaphor for the current state of the Internet. Web 2.0 technologies and the masses of people who connect to them allow for more rapid prototyping, failure, and adaption,” say the authors of groundswell.

There’s only one problem: the inventiveness and technology developed by the Neoterics are subverted by evil forces to take over the world! Or so we are lead to believe.

Could social networking in the “real” world also be a force that can lead to the downfall of companies that engage in social media marketing?

This is a question not often discussed at pharmaceutical conferences and trade publications in which enthusiastic pundits encourage pharmaceutical marketers to get more involved with social networking in order to connect with a new generation of customers — physicians, consumers, and patients — who frequent social networking sites on the Internet.

The drug industry, however, is slow to get involved and this frustrates many new media mavens who stand to profit from greater pharma involvement in social media.

There are many unique regulatory, cultural, and other barriers that the highly-regulated pharmaceutical industry must overcome to be more engaged with customers online. I have often mentioned these barriers in posts to this blog, in Pharma Marketing News articles, and surveys (see, for example, “Social Media Marketing Not All It’s Cracked Up to Be” and “Social Media Pharma Marketing: Damned If You Do, Damned If You Don’t?” and “Rate Your Social Media Marketing Readiness” – a self-assessment tool for pharma marketers).

But even less-regulated companies like propane and propane accessory distributors can get into trouble with social networking. Strickland Propane is a case in point. For those of you who do not indulge in Fox Network’s Sunday night lineup of animated sitcoms, Strickland Propane is where Hank Hill works on the King of the Hill show.

The latest episode of this show, entitled “Lost in MySpace,” thoroughly discredited social networks as a resource for promoting a business and its products.

It all started when Hank lost a customer who befriended a competitor on MySpace. The competitor and the customer both liked something called “Weezer.” Turns out that both Hank and I were totally unaware about this band: “What’s Weezer?,” asks Hank. “Exactly,” says the lost customer as he drives away with a tank of propane from Hank’s competitor.

Buxom Donna was happy to oblige. “It sure beats the rest of the crap I have to do around here.” By “crap” Donna means keeping the books.

I suspect that in the past, this was how some marketers within pharmaceutical companies became “eMarketers” and lead the charge within their organizations to do more on the Internet. These “Pharma Donnas” have long since left the scene and many have become independent consultants focusing on eMarketing.

“I don’t know why Strickland is on MySpace,” says Hank. “The whole thing is a contest to see who can make the biggest ass of himself.”

Ass or no ass, things seem to go fine at first. New customers like “alan252” were coming in and buying propane and propane accessories after seeing Enrique on Strickland’s MySpace page. “I guess this MySpace thing is working,” says Hank. Little did he realize where it would all lead.

Hank began to realize there might be problems when he saw employee videos on the Strickland MySpace page. Joe Jack, for example, was doing something so obscene with a propane tank that not even Fox Network would show it on prime time TV (also not on the Web site)! And Donna’s video featured her drunk and dancing in a bar. Later, some weirdo comes in to buy a propane tank that Joe Jack “freaked.” 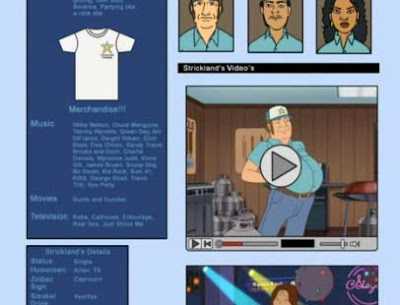 Hank doesn’t like it at all. When he confronts Donna she says “you think I’m just a number cruncher and cannot do creative things.” Hank wants Donna to shut the site down, but Mr. Strickland is enamored of the site and says “Nothing attracts customers more than fun.”

Poor Hank just doesn’t get it when he complains that there is nothing on the site about the products they sell.

Despite Hank’s complaints, Strickland makes Donna the Assistant Manager of New Media. Donna’s first project in her new position is to create a video of an employee getting “kicked in the ding dong.”

Donna is so focused on MySpace that she cannot bring herself to helping a live customer in person and tells the customer to go to Strickland’s MySpace page (“www.myspace.com/stricklandpropane“) to get answers instead.

Meanwhile, back at Strickland Propane, things get out of hand when some of Donna’s MySpace friends arrive at the corporate office to beat up Hank for calling Donna an idiot on his MySpace blog. Of course, this is a no-no in social network etiquette — I mean calling someone an “idiot,” not the physical threat of mob rule. But it’s Mr. Strickland who suffers and that’s when Hank fires Donna.

There’s more drama as Donna implements an online anti-Strickland campaign. Eventually, however, Hank negotiates a truce with Donna, rehires her and gets her to launch a convenient Web 1.0 site that features a non-interactive, non-flashy version of his “sell sheet” (shown on left).

And, unlike the sci-fi story mentioned above, everyone lives happily ever after.

You can view the full episode here.

J&J Blog, Shire PR: The Whole Story and Nothing But the...