“The official blog of GlaxoSmithKline’s Alli diet drug franchise has suddenly adopted a decidedly different voice,” points out Jim Edwards over at BNET’s Pharma Industry Blog in a post titled “GSK’s Alli Diet Drug Has Problems With Your ‘Fat Friend’“.

This different voice has coincided with the reorganization of the alli franchise at GSK, which I commented on in a previous post to Pharma Marketing Blog (see “The alli lesson: Pharma marketing is not ready for transparency“).

I thought the change would involve the transparency championed by Steve Burton, the blog’s founder and former Vice President of Weight Control for GlaxoSmithKline Consumer Healthcare. After all, as Jim points out, Burton was most famous for the straight-talking way in which he tackled Alli’s “treatment effects” (see “My oops experience“).

Now that Steve has been replaced by Karen — Karen Scollick, the newly appointed Vice President for US Weight Control at GSK — the focus seems to have shifted to more traditional ways of appealing to women in advertising; namely, show thinner images of women in ads.

According to an Advertising Age article, a “study by business professors at Villanova University and the College of New Jersey, inspired by Dove’s ‘Campaign for Real Beauty’ [featuring full-bodied women rather than skinny models], shows that ads featuring thin models made women feel worse about themselves but better about the brands featured.”

The research “found that despite the negative effect on their body image, women preferred ads showing thin models and said they were more likely to buy products featured in those ads than in ones showing ‘regular-size models,’ said Jeremy Kees, a business professor at Villanova.”

Which is exactly what the alli brand people want to hear!

[Note: This release of this study coincided almost to the day that Burton resigned. Coincidence?]

Obviously, the new woman in charge of US Weight Control at GSK buys into the “hate the skinny model, love the brand” theory as is evident in the new images of women highlighted in the alliconnect Blog:

I can relate to how women may feel about these images. Who would admit that they looked more like the woman on the left than the one on the right? Sure, we fool ourselves into seeing ourselves a lot skinnier than we really are, but deep down we know better and want to do something about it. So, let’s try the product advertised.

In fact, I wanted to try alli myself (see “Take alli – I dare you!“), but backed out at the last moment because of Burton’s story about treatment effects (see “I Opt-Out of My alli Challenge!“).

So far, other alli sites have not been made over to feature skinny women models. The official product Web site, for example, still use images like this one: 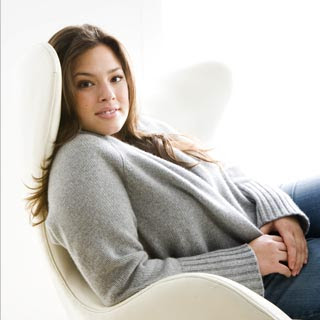 And there are still many “fat friend” stories to be found on the new “allicircles” support community where fatties can upload their profiles. More on that in another post.

What Types of Health Info Do Mobile Users Seek and Is...