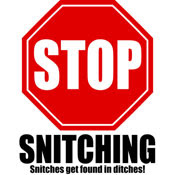 In what has been called a “first,” the FDA “has cracked down on one of the most widely quoted cosmetic doctors, sending shudders through the ranks of opinion leaders in fashion publishing and vanity medicine,” according to the New York Times (see here).

“The F.D.A. recently sent a warning letter to Dr. Leslie Baumann, a well-known dermatologist and clinical researcher in Miami Beach, citing the doctor for expressing premature enthusiasm in the media about Dysport, an injectable antiwrinkle drug the agency had not yet approved,” said the New York Times.

FDA, in its letter, cited statements made by Dr. Baumann in newspapers and television that “clearly suggested that Dysport was safe and effective before it was approved, and that it was in fact superior to the approved product Botox because it lasts longer and starts working faster than Botox.”

The FDA begins its letter: “As part of its monitoring and surveillance program, the Division of Drug Marketing, Advertising, and Communications (DDMAC) of the U.S. Food and Drug Administration (FDA) has become aware…” of the promotional comments made by Baumann.

Now, how do you suppose the FDA “became aware” of these comments? Could it have been a “personal communication” from Allergan, the marketer of Botox, which was dissed by Baumann? “Reloxin, the new Botox, will likely come out later this year,” said Baumann. “Early data shows it may last longer and kick in faster than Botox. It will be nice to have competition on the market—the Botox people (Allergan) raised their price another 8 percent this year!”

The FDA said “we are not aware of any adequate and well-controlled head-to-head trials that compare Dysport to Botox to determine whether Dysport lasts longer or starts working faster than Botox.”

I don’t suppose Allergan liked that Baumann dissed their product and I’m willing to bet they snitched on Baumann to the FDA.

Let the era of pharma-on-pharma snitching commence! Maybe there will be a “STOP Snitching” movement in the pharmahood!

Parick Clinton Speaks About Drug Safety and Has a Special Offer...