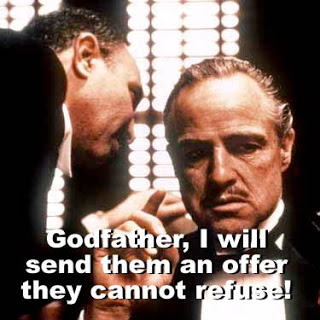 According to an article in today’s Wall Street Journal (see here), URL Pharma’s general counsel sent letters to several physicians who criticized the company’s new treatment for gout in an online message board for rheumatologists sponsored by the American College of Rheumatology. The drug in question is Colcrys, which is equivalent to generic colchicine, a drug that cost pennies and has been around for so long that its use “predated the Food and Drug Administration and therefore didn’t require the agency’s vetting.”

When Colcrys came on the market, a number of physicians voiced their displeasure online. Some doctors had advocated use of colchicine. “In response, URL Pharma’s general counsel sent letters to several of the critics asking them to ‘clarify the record’ and saying there were ‘potential risks and liability’ associated with using unapproved versions.”

“‘These are shake-down letters to silence’ critics, said John Goldman, an Atlanta rheumatologist. In his postings, he had criticized URL Pharma for conducting limited research and for its pricing of Colcrys. URL Pharma says it reached out to physicians to educate them about its clinical trials and help them prescribe the drug appropriately, not to quash criticism.”

“We were trying to alert this small group of misinformed physicians to the fact that they were being led into medical malpractice liability,” the company said in a statement.

URL’s action may not be indicative of how the pharma industry as a whole “engages” with physicians who use social media, but it raises an important issue regarding pharma’s participation in closed social networks such as the rheumatology discussion board in question. Obviously, URL physician employees or physicians hired by URL or an agency of URL were “lurking” on the board monitoring discussions. This is probably a common practice of many pharma companies. Should these agents identify themselves to the community?

In other cases, pharma companies have been transparent about their monitoring of physician communities. Pfizer, for example, has a deal with Sermo that allows their physicians to join the Sermo physician community. These physicians are clearly identified with a special logo, I believe. They obviously can “lurk” and not be seen unless they post a message, but Sermo and Pfizer were quite open about it to the Sermo community (see “Pfizer has a Gold Mine in Sermo!“).

BTW, URL Pharma should have read this post I made over a year ago: “Social Media: Ask Permission to Join the Conversation First or You Just Might Get Your Ass Kicked!“