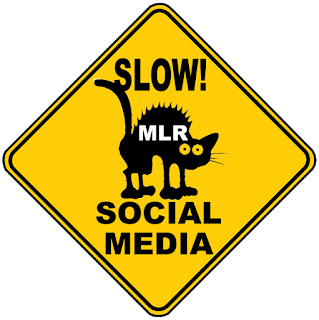 At the Social Media, Mobile & Gaming for Pharma conference in New York City this past Wednesday, a discussion about pharma being “committed” to social media took an interesting turn when an attendee “complained” that “every single word that we say — every single word — even the punctuation, has to be approved.”

This person handles ALL the social media, including the Twitter account, for her (small) pharma company, which shall go unnamed.

Here’s how she tweets: First she writes up a batch of tweets and submits them to her medical-legal-review (MLR) people for review and approval. This takes about a day — lucky for her she works in a small company; a larger pharma company may take much longer to approve tweets.

What’s sad is that this person wrote some tweets to be sent out during the conference she was attending, but she decided that her tweets were no longer relevant after she heard what was being discussed at the conference! Meanwhile, the things she would have liked to tweet about while at the conference, she simply could not tweet about without first getting approval!

This is no way to use social media. First of all, pre-tweeting comments that seem to be in response to a live event or online chat is not a good social media practice. What if someone responded to one of her tweets during the conference? How could she respond back; i.e., have a conversation?

When I heard this, I felt sorry for this pharma social media pioneer. “Your company doesn’t trust you! How can you do social media if nobody trusts you?”

But the worst part is that this person feels she has a lot of leeway compared to other people she knows in the pharma industry.

In a world such as ours where a world-renowned bank that purposely laundered terrorist and drug trafficking funds can get away with a mere $1.6 billion fine and no jail time, then one single errant tweet made by a trained employee surely can be tolerated as a risk you can live with!

What’s the worst that can happen, even if the FDA were to find out about the errant tweet (which I am sure they would not)? In the case of the sales rep mentioned above, the UK Prescription Medicines Code of Practice Authority (PMCPA) ruled that Allergan breached UK pharma’s self-regulatory Code of Practice because an employee accidentally tweeted publicly about Botox. PMCA added “The Panel considered that Allergan had been badly let down by its employee.” How sweet is that?

Anyway, I believe that many MLR people within pharma are “Social Media Scaredy Cats.” It’s probably a corporate “ladder” syndrome that goes all the way up to the CEO.

In contrast to the person whose was under the thumb of her MLR people viz-a-viz Twitter, there was someone from Boehringer-Ingelheim (BI) in the audience who did not seem afraid to live tweet. As you may know, I have had both good and bad things to say about BI’s SM projects, but they are not scaredy cats — as if my comments could scare anyone!

Creative Pharma Packaging Design: Where Is It Needed?