“Billy Tauzin,” reports the New York Times, “one of the highest paid lobbyists in Washington, is resigning as president of the pharmaceutical industry’s trade group amid internal disputes over its pact with the White House to trade political support for favorable terms in the proposed health care overhaul.”

“Christopher A. Viehbacher, a board member of PhRMA and chief executive of Sanofi-Aventis, said in an interview on Wednesday that he still held hope the health care package could pass Congress. ‘The most important thing to me in this whole process is that PhRMA was not the bad guy,’ he said, adding, ‘It has not been without its political cost because it is actually difficult to be bipartisan in all of this.'”

PhRMA Intern, however, was quoted as saying “The bipartisan train has left the station! It’s time that PhRMA has leadership that can stand up to the liberal bullies!”

Here’s the latest episode of PhRMA Intern, where she successfully has recruited Tauzin’s replacement: 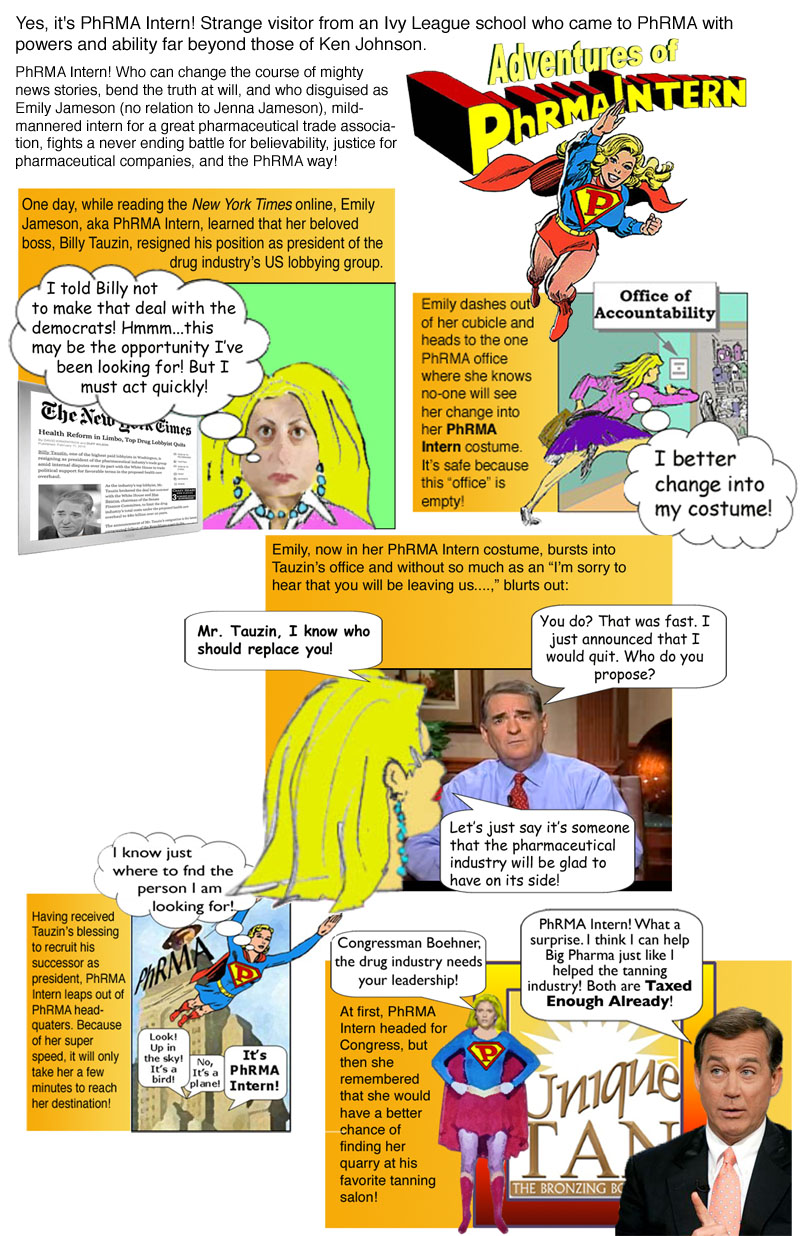