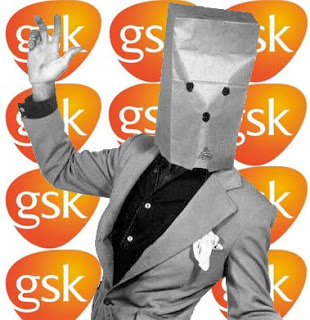 The world’s second largest drug company, GSK, has followed the lead of the world’s most trusted drug company (J&J) and entered the blogosphere and Twitterdom.

The blog, American Health: More Than Medicine, which was “piloted” since January with a small advisory group of folks inside and outside GSK, was publicly unveiled just this week. It is intended for US residents only.

Why did GSK launch this blog and why is it focused only on US residents? I hope to get answers to these and other questions from “Michael F.,” one of the GSK bloggers, in a future Pharma Marketing Talk show/podcast interview. That won’t stop me, however, from speculating.

First, let’s talk about why “Michael F,” “Michael M,” and the other GSK bloggers chose to remain “anonymous.”

A few bloggers suggested this anonymity contradicts the blog’s stated goal of openness. “This is a tricky issue,” said “Michael M.” in a recent post (“Content is King Here, Not the One Who Posts It“).

“On the one hand, I agree that content is king. On the other hand, blogs are about individuals. On the third hand, you have a right to anonymity. You wouldn’t be the first blogger to use an alias or to not reveal his/her identity.

“But, looking at your competition, I see Marc Monseau, JNJBTW blogger. is very visible and he hasn’t suffered from it (that I know of).

“It would help for readers to know a little bit more about your background. For example, I know that Marc used to be a journalist and he plays Rugby (I think). Another (former) pharma corporate blogger, let’s call him Michael P., has become a friend of mine, especially after he entered his “after pharma” life stage (see “There IS Life After Pharma!“).”

Michael F. cited corporate policies and “legitimate privacy and security concerns” as a defense of anonymity. “We’re certainly not hiding anything,” he added. “but the larger point is that this blog is not about any of us individually; it is about the company as a whole. Adhering to this policy actually allows us to bring wider perspectives from within the company.”

Mark Senak of EyeOnFDA blog suggested that the GSK blogger’s anonymity is “a little odd given that the About this Blog section indicates that the purpose of the blog is to seem a little less stuffy and formulaic” (see here).

Interestingly, I was contacted by “Michael F.” today via e-mail, which included his signature that identified his real identity. I am not revealing his name until he gives me permission to do so, but I immediately searched for his profile on LinkedIn and requested that he add himself to my network.

Whereas Marc Monseau has a journalism background, Michael F. studied history and has an advanced degree in Economics/Foreign Policy! He also worked for a number of years as a Legislative Assistant for the US Senate Committee on Governmental Affairs and as a State Office Staff Director and Special Assistant to a conservative former US senator. Gotta love LinkedIn!

Quite an interesting background for someone who is now part of a pharmaceutical corporate communications function.

Michael F. says healthcare is not just about medicine:

“But healthcare is about more than medicine. It’s about trying to make sure that patients have access to the best care, treatment and medicines available. It’s about doctors and other prescribers being able to match the right patient with the right medicine.”

The agenda of American Health: More Than Medicine, IMHO, is to propagate GSK’s and the drug industry’s argument AGAINST a government-run health insurance plan that competes with private insurance — a hot topic in the current debate about US healthcare (see, for example, “Pfizer’s Kindler beats pharma’s new healthcare reform drum: No Public Plan!“).

Although Michael F. claims that “having a chance to improve peoples’ health, and therefore their lives, is energizing and rewarding,” he’s a policy guy/wonk and probably will energize us with posts aimed at defeating the passage of any health-reform legislation that includes a public health plan.

Which isn’t necessarily a bad topic to blog about and engage in debate about. I just wish that GSK would be more transparent about its goals and opinions — a “tricky issue” for most pharma companies, not just GSK. For example, are you for or against a gov’t health plan? DUH! I hear ya!