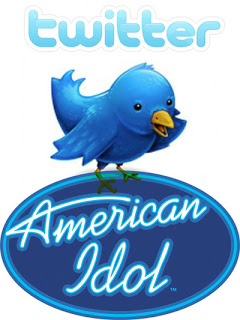 Attendees at yesterday’s session of the Social Media for Pharma Conference were treated to two case studies that combined social media with celebrities.

The first was the “Kaleidoscope Case Study” (aka, “How To Extend The Value And Reach Of Your Organization’s Campaign To Increase Engagement And Program Results”) presented by Jim Dayton (@JimDayton), Director of Emerging Media at InTouch Solutions.

According to the FaceBook “Kaleidoscope On Ice” fan page: “Kaleidoscope presented by sanofi-aventis” was a holiday entertainment variety special [presented on Thanksgiving Day, 2009] that featured Olympic skating champions and GRAMMY Award-winning music artists [as well as American Idol singers]. The show featured the historic return to the ice of the legendary Scott Hamilton and Dorothy Hamill who will skate to the music of fellow cancer survivor Olivia Newton-John. The event was in support of women who survived cancer.

This event was promoted in part via Twitter, a campaign that Dayton said was very successful based upon key performance measures — followers, tweets, etc. Dayton noted that this success was based in part on the active tweeting of the event done by the celebrities who were not paid to tweet but who benefited form the self-promotion.

It’s a shame that I did not hear about this event either via Twitter or otherwise. Or at least I don’t remember it. Unfortunately for Sanofi, what I do remember is the incident of the woman cancer survivor who laid siege to sanofi-aventis VOICES Facebook Page (read this post: “Patient “Unadvocate” Lays Siege to sanofi-aventis VOICES Facebook Page. Where’s S-A’s Social Media VOICE?” and listen to this podcast: “What Sanofi-Aventis Learned from Its FaceBook Experience & What the Experts Recommend It Do Now“).

The second social media/celebrity case study was “Race with Insulin” presented by Ambre Morley (@ambremorley), Associate Director of Product Communications and Lois Kotkoskie, Director of Promotional Review. Both work for Novo Nordisk. Morley and Kotkoskie made a good tag team, presenting some behind-the-scenes information about how the program was launched with careful regulatory oversight. Their presentation was entitled “How To Use Twitter To Deliver Measurable Results For Your Organization.”

You might recall that Race with Insulin is also a campaign that combines a celebrity (racecare driver Charlie Kimball), social media, and real world events (listen to this podcast: “Novo Nordisk’s Race With Insulin Campaign: It’s Not Just About Twitter“). The twitter account (@racewithinsulin) is famous for being the first branded Twitter account and for posting the first branded tweet, which I labeled “sleazy Twitter spam (see here).

I tried to keep a low profile during both these presentations and did not raise the “fail” sides of these campaigns that I have blogged about in the past. Morley, however, incorporated my comments as part of her presentation to explain how to “Assess Your Promotional Challenges” and to answer the question “Does the reward outweigh the risk?”

During both these presentations, I wondered what was the tactic that actually brought the “rewards?” Was it the social media campaign or was it the celebrities? Could these overall campaigns have been successful without the celebrities? No way! Could they have been successful without the social media component, which most presenters said was just a tactic? Yes, definitely!

The day when real, non-celebrity patients are the celebrities in pharma social media campaigns is the day when pharma breaks away from the mold.

A point I made during Morley’s presentation was that although @racewithinsulin has about 1000 followers, Novo Nordisk knows nothing about these followers other than what Morley gleaned from manually reviewing their Twitter profiles. I suggested that Novo Nordisk do what I do: ask followers to fill out a survey. Pharma marketers do this all the time on their web sites and via BRCs. Why don’t they do it with their Twitter followers? Either they don’t value their Twitter audience enough to learn more about it, or they do not have the resources to do anything with the information.

Inadequate resources was mentioned often at this conference. To move social media beyond merely being a promotional tactic to a strategy to learn more about consumers and patients, pharma has to devote more resouirces to the effort.