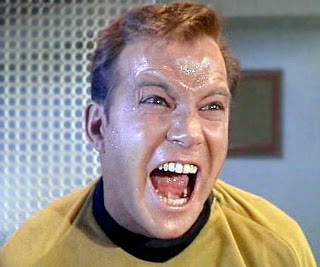 This tweet from my friend @Frank_Antwerpes, CEO at DocCheck (a German online physician community), appeared in my Twitter stream today:

If you follow the link, you will find this published study: “Accelerated clinical discovery using self-reported patient data collected online and a patient-matching algorithm“. Here’s the abstract:

Patients with serious diseases may experiment with drugs that have not received regulatory approval. Online patient communities structured around quantitative outcome data have the potential to provide an observational environment to monitor such drug usage and its consequences. Here we describe an analysis of data reported on the website PatientsLikeMe by patients with amyotrophic lateral sclerosis (ALS) who experimented with lithium carbonate treatment. To reduce potential bias owing to lack of randomization, we developed an algorithm to match 149 treated patients to multiple controls (447 total) based on the progression of their disease course. At 12 months after treatment, we found no effect of lithium on disease progression. Although observational studies using unblinded data are not a substitute for double-blind randomized control trials, this study reached the same conclusion as subsequent randomized trials, suggesting that data reported by patients over the internet may be useful for accelerating clinical discovery and evaluating the effectiveness of drugs already in use.

This InformationWeek story presented the five advantages outlined by the authors of the study:

InformationWeek did NOT list the inherent LIMITATIONS mentioned by the authors. The most important limitation cited by the authors: “Unlike randomized trials, which match the comparison groups on all possible confounding factors, subject only to chance variation, observational studies cannot control for unmeasured covariates.”

“The rising costs of healthcare and increasing complexity of managing disease require new approaches to comparative effectiveness research and real time management of disease. While there is much work to do, we have demonstrated a patient-centric approach that provides dramatic cost and time advantages.”

In these days of budget cuts and R&D cutbacks, pharmaceutical companies may jump on the “Social Media Clinical Research” bandwagon. Some day — probably not in my lifetime — FDA may even accept results of such studies as part of the drug approval process. Drug companies, for example, may lobby the FDA to accept such studies as fulfilling post-marketing surveillance requirements imposed on them.

Thinking about the possibilities reminded me of a classic Star Trek episode titled “A Taste of Armageddon.”

In that episode, the starship USS Enterprise, under the command of Captain James T. Kirk, sends a landing party to Vendikar, a city on the planet Eminiar VII. Kirk is informed that a fusion bomb just struck the city and killed half a million people. Curiously, everything in the city seems intact and there is no visible evidence or sensor readings of such an attack ever occurring. The landing party soon discovers that the entire war between the two planets is completely simulated by computers which launch wargame attacks and counterattacks, then calculate damage and select the dead. When a citizen is reported as “killed”, they must submit themselves for termination by stepping inside a disintegration booth.

The advantages of computer-simulated war are similar to the advantages PatientsLikeMe noted for its Social Media Clinical Research. I imagine the most important advantage of such a computer-simulated war is COST savings! Speed also would be an advantage — wars can be fought over a period of months rather than years. Access to and engagement of citizens seems to have been solved by the denizens of Eminiar VII. Controls are NOT necessary in warfare.

When researchers land on social communities such as PatientsLikeMe, they may also encounter anomalies such as reports of cures, side effects, trial results, etc. that conflict with “visible evidence or sensor readings,” ie, scientific reality.

To which I say:

What If, God Forbid, Sally Field Broke Her Leg?