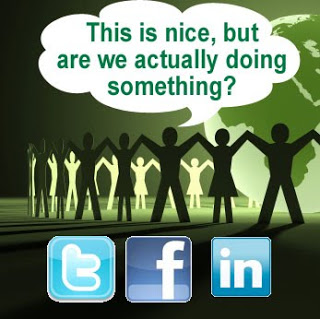 At issue was the slow response to reports of contamination of popular over-the-counter medicines, including Benadryl, Motrin, Rolaids, Simply Sleep, St. Joseph Aspirin and Tylenol.

In a letter to Peter Luther, President, NA OTC, McNeil Consumer Healthcare (see end of this post), FDA said “We are aware of the complaint information available to your company, the sequence of events, and the extent of your firm’s follow up measures during this period. We have concluded that your company did not conduct a timely, comprehensive investigation.”

The New York Times took J&J to task for not covering this in its coporate blog: “Johnson & Johnson’s conduct is all the more out of step, analysts said, because the drug maker had been one of the first in the pharmaceutical industry to set up its own blog, jnjbtw.com …as of Sunday at 6 p.m., on the issue of the current recall, the blog so far has had no comment from the company.”

Marc Monseau is responsible for the JNJBTW Blog and he also writes posts to the @JNJComm Twitter account. Marc made two posts to this account on January 15, one at 4:40 PM: “McNeil Consumer voluntarily recalls certain over-the-counter products http://bit.ly/7Sv3Vs @McNeilrecall” and one at 4:41 PM: “Information about the McNeil Consumer recall of certain products at @McNeilRecall”

In both these posts, Marc refers people to the NEW @McNeilRecall Twitter account, which was started at 2:48 PM on January 15, 2010.

The FDA letter to McNeil was dated January 15, 2010. It probably arrived at McNeil in the AM.

So, was this a failure to communicate as suggested by the Times? Did J&J/McNeil falter in its communications in this age of Twitter instant communications?

Well, it did act quickly to set up the @McNeilRecall Twitter account and to post information there and in the @JNJComm account. But, as the New York Times article states, the JNJBlog does not mention the recall.

But communication is NOT the be all and end all of crisis management; ACTION is!

“This is an instance where behavior is more important than communications,” said Stephen A. Greyser, a professor emeritus of marketing at the Harvard Business School, who wrote Harvard’s original case study on Tylenol in 1982. “Communications and good public relations can be very helpful, but it can’t overcome bad behavior.”

Let’s apply that maxim to the new world of corporate communications and point out that well-planned and executed use of social media by pharmaceutical companies cannot take the place of good behavior and cannot overcome bad behavior. McNeil should have taken action much sooner by FIRST addressing the problem — FDA said it did not — and THEN by communicating to consumers about its actions. “The F.D.A.’s charges of bad behavior have not yet been proved,” said Greyser, “but they were serious enough that the company should be more forthright about what its own investigations showed.”

R&D Cost for Generics is Zero. Nothing. Nada. Nilch. So Why...