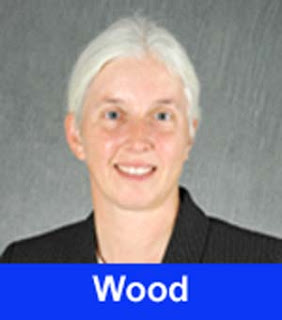 Barack Obama won me over with his slogan “Change You Can Believe In.” One change that he needs to make as the new president is the FDA Commissioner. A change I would believe in is Susan Wood in that position.

Who is Susan Wood?

In her own words she is “The One To Take the Lead.” This was the title of her January, 2008, blog endorsement of Senator Hilary Clinton for the Democratic party’s presidential nominee (see below). I don’t hold that against her, though.

I urge president-elect Obama to do what I am sure Hilary Clinton would have done if she were president: nominate Susan Wood as the new FDA Commissioner!

Obviously, Woods’ nomination would send a message to Clinton and her supporters — not to mention the foes of abortion — about where Obama stands on women’s rights. But, it’s not just about women’s rights and abortion, it’s about science vs. politics in control of the FDA and having someone in charge who will “stand up and demand that FDA do its job properly.”

It’s still early and your vote counts! Please vote for who you think Obama should pick as the new FDA Commissioner. Vote here.

Although stories about reproductive health and politicization of science have made headlines recently, stories of how these problems are solved are less often told. On August 31, 2005 I resigned my position as Assistant Commissioner for Women’s Health at the Food and Drug Administration (FDA) because the agency was not allowed to make its decisions based on the science or in the best interests of the public’s health. While my resignation was widely covered by the media, it would have been a hollow gesture were there not leaders in Congress who stepped in and demanded more accountability from the FDA. Today, women are able to access emergency contraception, a safe, second chance option for preventing unintended pregnancy in a timely manner without a prescription. Senator Clinton is the leader that made this happen, and I can tell the story from having watched it unfold.

I have been working to improve health care for women and families in America for nearly 20 years. In 2000, I became the Director of Women’s Health for the FDA. I was rather quietly doing my job when the debate began in 2003 over whether or not emergency contraception should be providedover-the-counter (OTC). As a scientist, I knew the facts showed that this medication, which can be used after a rape or other emergency situations, prevents an unwanted pregnancy. It does not cause an abortion, but can help prevent the need for one. But it only works if used within 72 hours and sooner is even better. Since it is completely safe, and many women find it impossible to get a doctor’s appointment within two to three days, making emergency contraception available to women without a prescription was simply the right thing to do. As an FDA employee, I knew it should have been a routine approval within the agency.

Plan B emergency contraception is just like birth control pills – it is not the “abortion pill,” RU-486, and most people in the United States don’t think access to safe and effective contraception is controversial. Sadly, in Congress and in the White House, there are many people who do oppose birth control. And although this may surprise you, this false “controversy” not only has affected emergency contraception, but also caused the recent dramatic increase in the cost of birth control pills on college campuses, and limited family planning services across the country. The reality is that having more options for contraception helps each of us make our own decisions in planning our families and preventing unwanted pregnancies. This is something we can all agree on.

Meanwhile, inside the walls of the FDA in 2003-2004, the Bush administration continued to throw road blocks at efforts to approve emergency contraception over the counter. When this struggle became public, I was struck by the leadership that Hillary Clinton displayed. She used the tools of a US Senator and fought ardently to preserve the FDA’s independent scientific decision making authority. Many other senators and congressmen agreed, but she was the one who took the lead, saying she simply wanted the FDA to be able to make decisions based on its public health mission and on the medical evidence.

When it became clear that FDA scientists would continue to be overruled for non-scientific reasons, I resigned in protest in late 2005. I was interviewed by news media for months and traveled around the country hoping that many would stand up and demand that FDA do its job properly. But, although it can help, all the media in the world can’t make Congress or a President do the right thing.

Senator Clinton made the difference. The FDA suddenly announced it would approve emergency contraception for use without a prescription for women 18 and older – one day before FDA officials were to face a determined Senator Clinton and her colleague Senator Murray at a Senate hearing in 2006. No one was more surprised than I was. I hope all of those who benefited fromthis decision know that it wouldn’t have happened if it had not been for Hillary Clinton.

Sometimes these success stories get lost in the “horse-race stories” about political campaigns and the exposes of taxpayer-funded bridges to nowhere, and who said what to whom. This story of emergency contraception at the FDA is just one story of many. Senator Clinton saw a problem that affected people’s lives. She then stood up to the challenge, never wavered and worked to solve it. The challenges we face in health care, our economy, global climate change, and issues of war and peace, need a leader who has those skills and commitment. This is my view.

Everything You Wanted to Know About Vaccine Marketing, PR, Earned Media,...