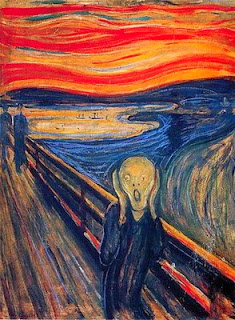 Today, I learned about a Twitter app called Samaritans Radar that was “pulled” because it took social media “listening” a step too far. According to a Change.org petition (here), the app “breaches people’s privacy by collecting, processing and sharing sensitive information about their emotional and mental health status.”

“Samaritans Radar is a surveillance system that collects people’s tweets, analyses them to judge whether the person may be vulnerable or in distress, and then sends emails to people’s Twitter followers alerting them to that fact. This happens without the knowledge or consent of the people whose tweets are being collected and analysed by the Samaritans. As of 30 October 2014, Samaritans Radar was monitoring and analysing over 900,000 Twitter accounts.

“Anyone can sign up to receive an email when someone appears to be sensitive or in crisis,” noted the petitioner. “While this could be used legitimately by a friend to offer help, it also gives stalkers and bullies and opportunity to increase their levels of abuse at a time when their targets are especially down. Just as bad, not everyone apparently wanting to help may be able to do so effectively or has the person’s best interests at heart.”

Wow! Talk about the road to hell being paved with good intentions!

The “creative” agency that designed the app may have been part of the problem suggests a Wired.uk article. Why?

That article (here) claims Samaritans “generally has a good track record of working with social media outlets to develop solutions to support users — its work with Facebook, for example — and had the organisation worked together with Twitter to devise a solution, rather than handing the responsibility over to a digital agency, perhaps it would have come up with a different, more appropriate idea.”

Hmmm… Although I have often said that pharma marketers need to be wary of “creative” agencies that wish to push the envelope, I am not sure Twitter would have been any better than the digital agency hired by Samaritans.

Whatever the agency, Samaritans obviously did NOT test this app with a group of consumers the app was aimed at — young people. If they had done that, perhaps they would have discovered the privacy and other issues raised in the petition.

Samaritans says “We are very aware that the range of information and opinion, which is circulating about Samaritans Radar, has created concern and worry for some people and would like to apologise to anyone who has inadvertently been caused any distress. This was not our intention. However there is still an important need which we have identified to find ways to support vulnerable people online, including those young people the app was primarily aimed at.”

Merck May Know How to “Engage,” But It Certainly Does NOT...