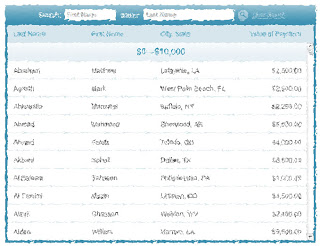 “Transparency” is a word you often hear today. It’s being used a lot in relation to Wall Street bonuses. It’s also used by pharmaceutical companies who are reporting payments made to physicians.

The latest pharma company to report its physician payments is Cephalon. “Cephalon supports transparency in its financial relationships with healthcare professionals,” says the intro to the page where financial data are presented (see “Fee for Services Paid to Healthcare Professionals“). “We believe it is important for the public to understand that our partnerships with healthcare professionals allow us to develop and bring new medicines to market, address the needs of patients, and assure the safe and appropriate use of our medications.”

Now I could be “snarky” and debate whether or not all these “fees” are for “services” actually performed. No amount of transparency can counteract this kind of suspicion. So I won’t do that.

[UPDATE: I will note that Cephalon did NOT voluntarily publish its list of physician payments. This was pointed out by Eric Milgram in his post “Pharma Gets Failing Grades for Initial Transparency Efforts” to Pharma Conduct Blog: “Cephalon [is] the first drugmaker to be required under a corporate integrity agreement [CIA] with the Department of Health and Human Services to publicly disclose its payments to physicians.” This CIA, which you can find here, states “By January 31, 2010, Cephalon shall post in a prominent position on its website an easily accessible and readily searchable listing of all physicians who received any Phase I Payments (as defined below in Section III.M.3) directly or indirectly from Cephalon during Calendar Year 2009 and the aggregate value of such payments in the calendar year.” Payments to be reported include: “all payments or transfers of value (whether in cash or in kind) made to physicians and/or to Related Entities. The term Payments includes, for example, payments or compensation for services rendered, grants, fees, honoraria, and payments relating to research or education. The term Payments also includes food, entertainment, gifts, trips or travel, produot(s)/item(s) provided for less than fair market value; or other economic benefit. The term Payments does not include: i) samples of drug products that meet the definition set forth in 21 C.F.R. § 203.3(i), or ii) discounts, rebates, or other pricing terms.”]

I do want, however, to point out that the presentation of these data is “translucent” rather than “transparent.” I used PhotoShop to create a view of the Cephalon data as if seen through translucent glass to illustrate my point (see image on left).

Cephalon uses the latest technology — ie, Adobe Flash — to display the data on its web site. It’s cool. You can scroll down the list and you can search the list, but only for first name and last name. You can even find all the physicians on the list whose last or first name begins with “M” or any other letter!

Unfortunately, you cannot do much else with the data. You can’t search for doctors in your state or in your home town, for example. You cannot even see or calculate the TOTAL amount paid in the report period!

You can, however, see who got the most money because the list is broken down into several sub lists of physicians paid within a certain range. The highest-paid physician is Joseph Valenza of Sparta, NJ, who received $149,900 from Cephalon in 2009. Sparta is in a pretty fancy area of NJ where a lot of pharmaceutical executives live. Dr. Valenza may have many of them as patients.

But what about doctor James Mcmillen from Dillsberg, PA? He received a nice total of $101,650, which made him the 5th highest-paid physician on the list. I never heard of Dillsberg, PA and don’t understand why it rates as the location of one of the highest paid physicians on Cephalon’s list. According to the United States Census Bureau, the borough has a total area of 0.8 square miles. Some of my neighbors own almost that amount of land! Wikipedia says Dillsberg known for its farm tractor parade in October. As of the census of 2000, there were 2,063 people, 902 households, and 579 families residing in the borough — probably none of them being pharmaceutical company executives.

Cephalon’s data do not reveal the hospital or medical practice affiliation of each physician. That makes the list a little less transparent than it could be.

IMHO, a more important weakness of the Cephalon physician payment “transparency” effort is that you cannot COPY the list and analyze it in Excel as I did with the lists for Merck and GSK (see “Pharma Begins to Reveal Payments to Physicians”; Pharma Marketing News Reprint #91-03. Use discount code PAY996 to get it FREE!).

Using Excel I was able to learn some interesting things about the Merck and GSK data such as the median and average payments and compare one company’s payment pattern to the other’s. I could easily see what the distribution of payments looked like by state. From my analysis of GSK’s data I learned that New York physicians were favored by that company (see “Why Does GSK Prefer New York Physicians & Will Governor Patterson Ruin It for Them?“).

BTW, if you would like the Excel spreadsheets containing GSK’s and Merck’s physician payment data — so you can do your own analysis — find them here. The GSK and Merck data were originally in PDF files that were easy to download and copy (not that easy, but possible). I suspect that in the future, these data will become a little more translucent (ie, compiled in password-protected pdf files that do not allow copying).

Can a Moratorium-delayed DTC Ad Refer to a Drug as “New”?