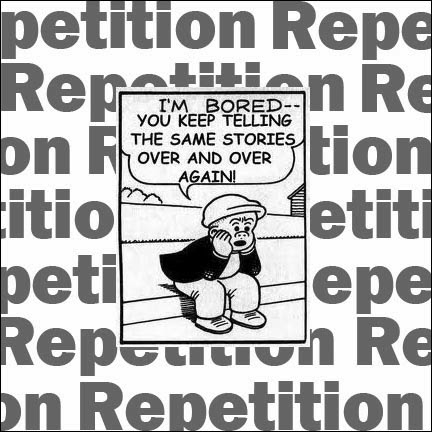 Back in 2005, when then Senate Majority Leader Bill Frist (R-TN) called upon the drug industry to impose a two-year moratorium on drug advertising, he pointed out that all Americans remember these ads because “we’ve heard them over … and over … and over again” (see “To Ban or Not to Ban DTC, That is the Question“).

To determine the most memorable new ads (aired from January 1, 2013 through November 30, 2013), Nielsen determines a “memorability score,” which is the percent of viewers able to remember the ad and correct brand.

The “new thing” pharma marketers are enthusiastic about these days is “telling a story” that viewers relate to.  But is the success of the Restasis ad campaign due to story telling or to repetition?

An Allergan spokesperson told PMLIVE (here) that “the success of the campaign can primarily be attributed to the fact that the team took a deeper dive into the patient’s journey and experience, bringing to life the moment when a patient realises she doesn’t just have dry eyes, she has a disease called chronic dry eye.”

I contend, however, that Allergan has created a “memorable” Restasis ad campaign through repetition and NOT by “telling a story that viewers can relate to” as Nielsen suggests is key for creating memorable ads.

Repetition or “frequency” is one of the most important principles of traditional advertising. In order to drum the message into people these days, advertisers have to be much more repetitious. This was the “conventional thinking” back in 2005 and despite advertisers trying to sound more “patient centric,” the frequency principle still applies in advertising.

Like me, most people who read this have seen the Restasis commercial many times. That’s a result of a combination of reach and frequency, which is costly.

In 2012, Allergan was a top DTC ad spender. That year it spend $193.1 million on Botox and Restasis ads. Based on ad spend figures I found here, the Restasis ad spend was about $57 million in 2012. That budget probably increased substantially in 2013 because the Restasis patent was due to expire in May 2014. It’s a well-known fact that DTC advertising spikes in the year prior to patent expiry (e.g. Lipitor; see here). In 2013, Allergan bought $35 million in magazine advertising alone (see here). It must have spent at least that much on TV ads in 2013.

So all this hubbub about “a deeper dive into the patient’s journey and experience” is secondary to the age-old advertising formula of “reach and frequency.” Restasis marketers should not, IMHO, pat themselves on the back and think they are the Don Drapers of the pharma world.

Why It’s Important to Monitor & Engage in Social Media