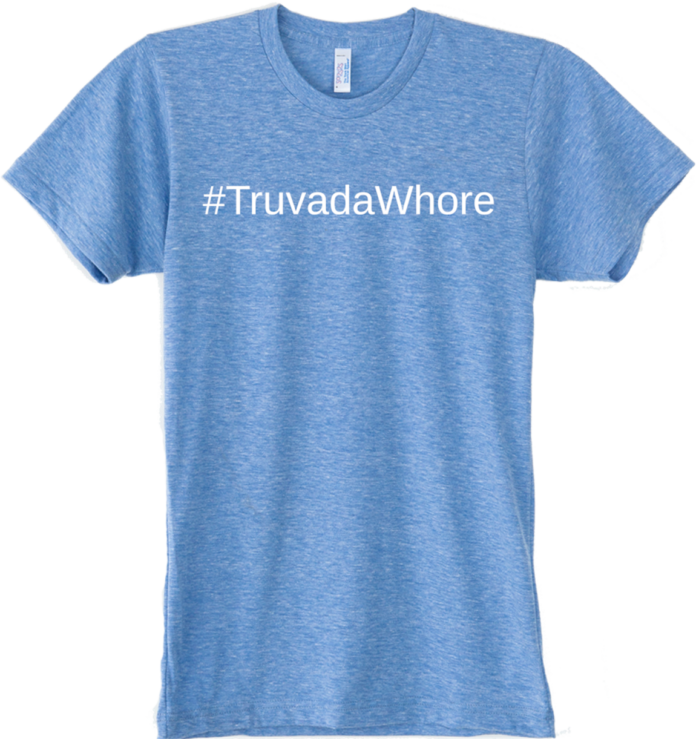 As reported in the New York Times (see here) the Centers for Disease Control (CDC) recommended Wednesday that hundreds of thousands of Americans at risk for AIDS take Truvada, a daily pill that has been approved by the FDA for “PrEP,” pre-exposure (to HIV infection) prophylaxis, for gay men who have sex without condoms.

Participants in a clinical trial (iPrEX) who consistently took Truvada reduced their risk of HIV infection by more than 90 percent (99 percent among those whose blood samples showed drug concentrations consistent with daily use).

This should be good news for patients at risk of HIV infection as well as for Gilead, which markets the drug in the U.S. According to the NYT article, CDC’s recommendation could mean a 50-fold increase in the number of prescriptions for Truvada — to 500,000 a year from fewer than 10,000. The drug costs $13,000 a year, and most insurers already cover it.

But there’s a catch. Many AIDS advocates such as the AIDS Healthcare Foundation (AHF) are afraid that widespread use of Truvada to prevent HIV infection will encourage unsafe sex (e.g., sex without condoms) leading to other problems.

AHF also cites survey results that revealed possible adherence problems – such as unwillingness to pay the $60 per month estimated co-pay for the drug and medical tests required as well as fear of side effects.

On the Truvada website, Gilead has answers to these issues — such as coupons to cover the co-pay costs of the drug and free condoms.

Gilead, however, needs to go beyond a drug.com website to get the message out. In fact, this sounds like a problem tailor-made for a mass-media (TV and print) direct-to-consumer advertising solution! But Gilead has no plans to advertise Truvada for prophylaxis, even though the FDA approved it for that use back in 2012.

Not advertising helps Gilead avoid controversy, says the Times reporter. But I contend that in this case not advertising is itself controversial considering that Truvada is 99% effective in preventing HIV infection and that based on the “number needed to treat” data, Truvada is FOUR TIMES more likely to save lives than statins, another widely promoted preventive drug regimen (see chart above).

If Gilead decides to advertise Truvada for prophylaxis, I have some recommendations.

First of all, make sure your branded ads are compliant with FDA regulations.

In 2010, FDA sent Gilead a Notice of Violation (NOV) letter (aka “warning letter”) citing a Truvada print ad focused on the use of the drug by patients who are already infected by the HIV virus. The FDA letter stated:

“The Print Ad is false or misleading because it fails to present the risks associated with Truvada with a prominence and readability reasonably comparable with the presentation of information relating to the benefits of the drug. Factors impacting prominence and readability include typography, layout, contrast, headlines, paragraphing, white space, and other techniques apt to achieve emphasis. In the Print Ad, claims pertaining to efficacy and benefits of Truvada are conveyed through headlines, colorful text, illustrations, bullets, and eye-catching graphics and images. In contrast, the risk information is presented in several long, single-spaced paragraphs in small font/text type in a single column along one side of the Print Ad.”

Here’s the ad in question:

Given this criticism from the FDA, Gilead may choose to go the “unbranded” DTC route; i.e., educate consumers about an “available treatment” that prevents HIV infection. They can use all the colors and font sizes they like without FDA budding in.

The DTC ads should be part of  a — dare I say it? — MULTI-CHANNEL (Web, social media, etc.) awareness campaign. Since Truvada is the only prescription drug approved for “PrEP,” Gilead won’t have to worry that the campaign will aid its competitors.

Of course, there is one other problem: Generic versions of Truvada are made in India, and it has “become the backbone of AIDS treatment in poor countries,” according to the NYT.

Perhaps Gilead is not too keen to raise awareness of the treatment among consumers lest Internet-savvy patients go the “black market” route to get the product without a prescription, which is another criticism by some patient advocates who bemoan the rise of “Truvada Whores” — gay men who take Truvada and enjoy condom-less sex without fear of HIV infection.

Although “Truvada Whores” is a term coined to stigmatize men who take Truvada, it is being co-opted by other advocates such as the San Francisco AIDS Foundation, which makes and sells “Truvada Whore” T-shirts to raise money for the foundation: 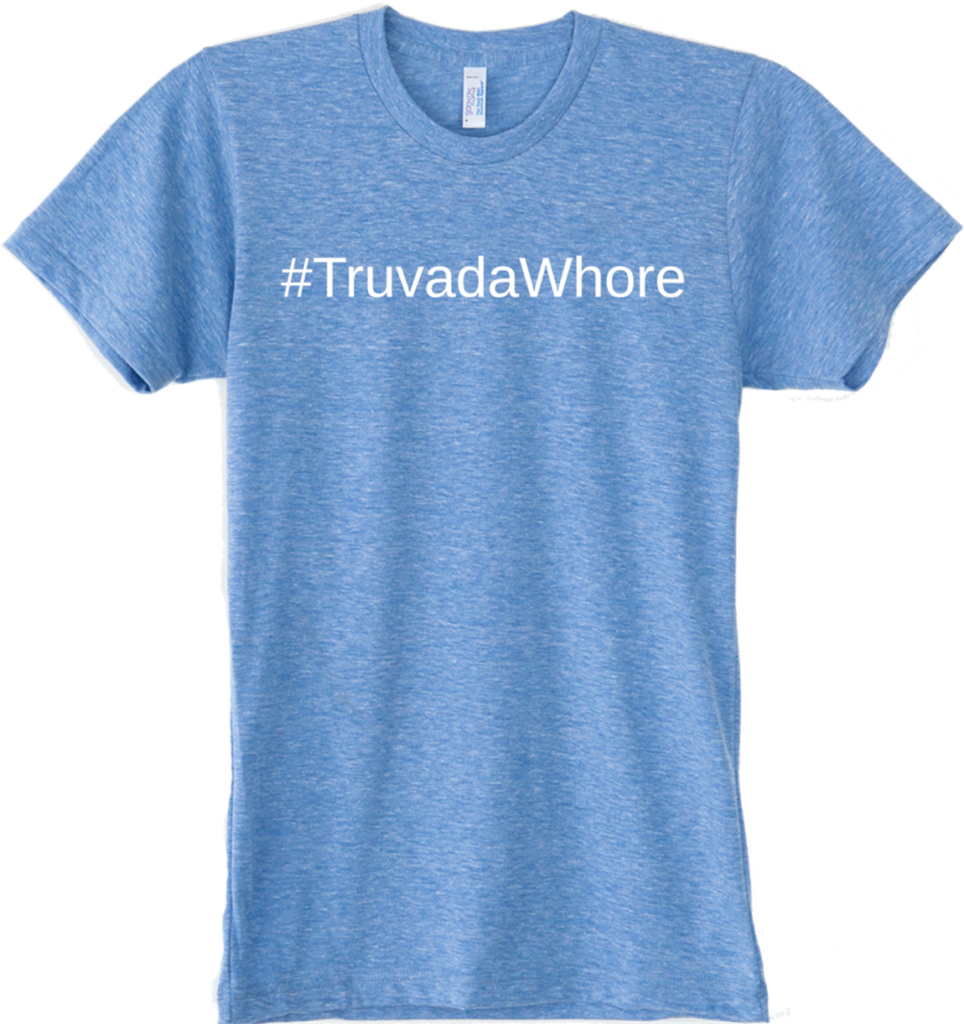