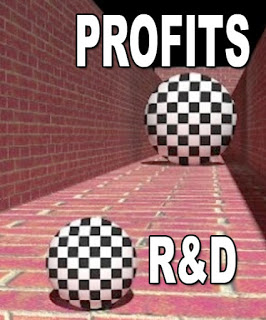 On Mar 27, 2017, Public Citizen came out with a report that claimed “Pharmaceutical Industry Profits Are Nearly Double R&D Costs in 2013, 2014 and 2015”. The email announcing the report said “Even the inflated estimates of R&D reported by the industry are dwarfed by the industry’s profits, which, for the 20 largest pharmaceutical companies, jumped from $100.5 billion in 2014 to $123 billion in 2015.”

“Big Pharma says that high prices pay for R&D, but it turns out they pay almost twice as much for sky-high corporate profits,” said Robert Weissman, president of Public Citizen. “The pricing system is broken and needs fundamental change.”

Today, another email from Public Citizen notified me that the organization “discovered a methodological issue in our report on medication costs and industry R&D spending. We have withdrawn the report and will repost it later this week with corrected data.”

Unfortunately, I did NOT download the report, so I can only speculate as to the nature of the “methodological issue.”

But I can cite some research that says Public Citizen is wrong.

A November, 2014, BBC article included a table showing the total revenue, R&D spend, Sales and marketing spend, Profit, and Profit margin of the top 10 pharma companies. My analysis of these data from 2013 of the top 10 pharma companies suggests that profits for at least one company — Pfizer — is more than twice what it spends on R&D (see embedded story below). For most of the others spending on R&D is about the same or greater than profits earned.

What do Abe Lincoln, a beaver, and a bong have in...