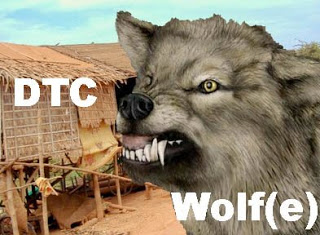 I don’t know if it’s the economy, lack of new drugs, or the new political climate, but 2009 is shaping up to be the year that direct-to-consumer (DTC) advertising will suffer a round of cuts not seen in a long time (I predict DTC ad spending will decrease 11% in 2009; see here for some data).

We are seeing some pharma CEOs publicly acknowledging that the benefits of DTC advertising do not outweigh the costs in terms both of money and industry goodwill.

Death of DTC by One, Two, a Thousand Cuts?
First it was Roche CEO William Burns who called DTC advertising the “single worst decision for the industry.” Now Glaxo CEO Andrew Witty says he “think[s] there is too much [DTC]” and that his company will be “cutting back on its U.S. television advertising as it tries to spend its money more wisely and avoid some of the criticism aimed at heavy drug advertising” (see “Glaxo to Pare Ads on U.S. Television“).

It appears that Mr. Witty and maybe other drug company CEOs read Pharma Marketing Blog! In a November post to this blog, I calculated that the loss of sales due to an industry-wide ban on DTC for one year would be more than offset by the savings. I also said “it hardly seems worth all the bad publicity for the industry to save DTC” (see “An Experiment: Ban All DTC Broadcast Advertising for One Year“).

Others in the Pharma Blogosphere have also suggested that DTC advertising be cut (see here).

It should be understood that some of the comments coming from the industry may be designed to “head ’em off at the pass” — the Wolf(e), after all, is at the door: Drug-safety crusader Sidney Wolfe has been appointed to a four-year term on the FDA’s Drug Safety and Risk Management Committee, which plays a key role in telling the agency which drugs are safe and maybe how DTC advertising should change to add more safety information, which would further add to the pressure that DTC is under (see story).

Not only that, but the “e” option seems much more appealing in troubled economic waters.

What’s Your Opinion?
I am hosting a little survey about the Future of DTC adversting and would like your opinion.

Results of this survey may be summarized in a future issue of Pharma Marketing News.

Your comments are confidential (anonymous) unless you specifically provide your contact information at the end of the survey and allow us to attribute comments to you personally.