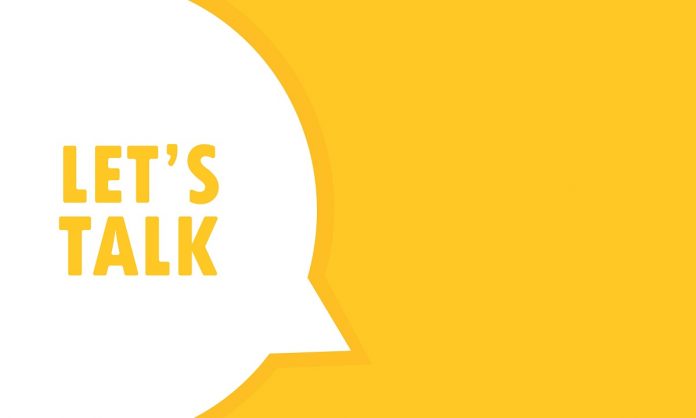 Pharma brands that want deep engagements need to look at and listen to social audio.

It’s not surprising. In fact, it’s the most direct route to your goal. You want to talk to doctors? To start the conversation, we put pictures in front of them, bombarded them with videos, retarget them, and then send them emails.

What if talk was easy? Short? Could be produced on the fly? And consumed when convenient? What if it were as easy to record, post, and listen to talks as it was to snap a picture, put it on Instagram, and scroll through it?

What if talk was social?

Podcasts have been around for 18 years. Most of us overlook the “pod” part. Even Apple. They stopped making iPods five years ago. Some ‘cast listeners never owned the smart phone progenitor.

It’s hard to make a podcast. Marketing consultant, Kevin Jordan, reminds us that there are ten steps to making a podcast. Steve Jobs launched iTunes because, “Rip. Mix. Burn.” was too to complex.

So, we did something about. We built ililli. ililli makes it easy to produce and listen to talk.

Easy talk is great for events.

Easy. As easy as a light bulb that can turn runny mix into cake.

You talk into your phone – what a novel concept – and say what you want to say. If you’d like, you can add a picture to show people what you’re talking about and use your talk to introduce other media – and link that media right there.

We say ililli like EYE-lily. The biggest eye care meeting of the year, the American Academy of Ophthalmology (AAO), was coming up. Must be kismet. Or iKismet.

So, we talked to doctors about talking on ililli during the AAO. We picked the most key opinion leaders and the ones who tweeted the most during the prior AAOs and the ones before that. A literal A to Z of who’s who in ophthalmology. From Dr. Armstrong to Dr. Zhang-Nunes. They talked and they loved it.

Dr. Jesse Berry, Vice Chair of Academic Affairs at Keck told us, “It’s great! It’s fun and actually easy to use.” Easy. Music to our ears. Or this from Dr. Kareem Sioufi, “I have to say it was fun to use and it’s ahead of the game when it comes to distributing sound bites.” Fun. We’ll take it.

Based on their experiences and standing as social mavens of eye care, Drs. Tooley and Tsui are teaming up to write a paper on the use of social talk at medical events.

But the real talk was the 140 talks that a dozen KOLs produced in about four days. They talked about clinical trials results, seeing old friends in person, and products that excited them (Oyster Point’s Tyrvaya and Alcon’s Vuity).

Talks posted by doctor’s stream based on who listeners choose to follow. And a little like the magic TikTok uses to pick videos.

Thousands of ophthalmologists heard talks about the AAO. Those talks played for nearly 70 hours. That’s a lot of media. A lot of talk. The kind of media that a brand would like to be part of.

If a brand talks at conferences are doctors going to hear it?

Any brand would love to be part of a conversation that’s big. The brand team from a leading eye care company asked first.

They had 300×600 banner ad. A media not quite alive. But they knew what they wanted to say.

And we knew that we could make it. We have the technology. We have the capability to build talking ads. We made it better than it was before – more multichannel, more effective. We call it a “Talkie”.

The client turned one static banner ad into three “Talkie” ads. A different person voiced each one. Their “Talkies” ran between the doctors’ talks.

Like radio and podcast spots, engagement on ililli is great. “Talkie” ads on ililli at ASCO got an 18% CTR. We had trouble processing that too. HCP click rates don’t have numbers to the left of the decimal place. They hover around 0.08%.

But these aren’t your garden variety ads.

1. These ads talk.
2. When they talk, nothing else is talking.
3. They also get the whole screen.

A lot of people. A lot of their targets. Nearly two-thirds of the engagements from the brand’s HCP targets were in-app/on-site from plays of multimedia talking ad units.

The enthusiasm to listen to talks drove nearly 3x better email open rates. Overall, the program beat its engagement guarantee by more than 9x. The CPE was about $14 – or the price of two cappuccinos at an airport Starbucks.

The PLD we shared with agency backed it all up.

Cut to the chase.

Like we said, brands want to talk, and doctors want to listen. By making it social, we make talk easy.

We learned a lot at AAO.

We made it so easy to make a banner ad a multimedia asset that any brand can do it. Although, we do love brands and agencies with can-do attitudes.

We made it easy for societies, publishers, doctors, and – yes – brands to talk during events and everyday.

The client cut to the chase. Instead of taking the circuitous route of chasing doctors around to try to talk to them, they just talked to them.

That’s a lot to talk about.

How Social Media is Helping Healthcare