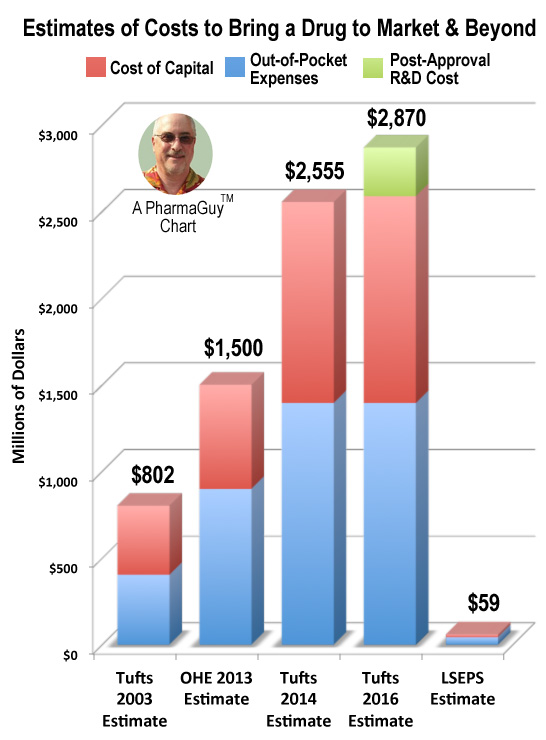 Tufts New Estimate of Costs to Bring a Drug to Market & Beyond
In recent PhRMA PR campaigns, the strategy is less focused on defending drug costs to pay for the cost of developing new drugs and is more focused on the benefit of new drugs in fighting intransigent diseases such as diabetes, rare cancers, and Alzheimer’s Disease.

So capital expenditures (R&D costs) are still a big deal for pharma executives. Pharma Marketing News has been reporting on various estimates of the costs to bring new drugs to market for several years now. Most of these estimates come from the Tufts Center for the Study of Drug Development.

Tufts has a new estimate of these costs that includes a new cost item: Post-Approval R&D Costs.
Learn more about the new Tufts estimate here. 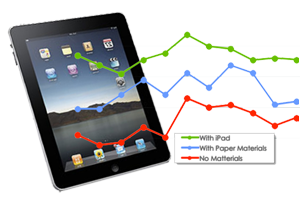 Digital Marketing Strategies Changing Pharma Sales Models
As patients continue to grow more comfortable in a digital world and more savvy about their health care options, pharmaceutical manufacturers are changing their sales models, according to a recent study.

The survey included 13 companies with 2014 revenue of more than $10 billion, such as AstraZeneca, Merck and Novartis. The balance of the companies surveyed had less than $10 million in revenue for 2014, including Biogen, Abbott and Baxter.

The study showed that the top three marketing channels for healthcare providers are e-marketing, e-presentations and point-of-care apps that allow health care providers to use mobile devices to check medical history or develop treatment plans based on patient needs.
Read more about this Survey here. 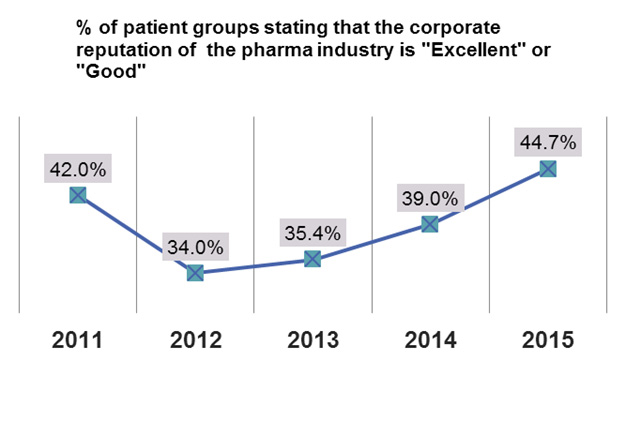 It seems that the pharmaceutical industry’s increasing attention on patient centricity is starting to rub off on its corporate reputation, which has hit a four year-high according to findings of the latest PatientView survey.

Pharma’s standing in this respect has hit its highest level since 2011, when the PatientView survey began, with 44.7 percent of the 1,075 responding patient groups stating that it had an “Excellent” or “Good” corporate reputation in 2015, compared with just over a third in 2012, while 28 percent said its reputation had improved during the year.

The vast majority of patient groups responding (72 percent) said that pharma as a whole was “Excellent” or “Good” during the year at producing high-quality products. But, on the downside, just 15 percent said the industry was “Excellent” or “Good” at having fair pricing policies (and at not making excessive profits), while 45 percent said pharma was poor at this activity.

According to the report, a number of factors influence patient groups’ opinions on the corporate standing of pharma companies, including: product launches that offer a genuine, measurable and positive impact on a medical condition; mergers & acquisitions, which are not viewed favourable particularly if they target tax bills and overheads; and drug pricing and market access, one of the most sensitive topics for patient groups.
Access more details here. 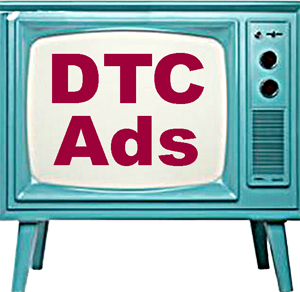 What’s the Future of DTC Advertising?
This survey asks your opinion regarding the future of Direct-to-Consumer (DTC) advertising spending. DTC advertising has surged recently despite the current political climate where DTC is being blamed for high drug prices. But the political climate is not the only factor that may impact DTC spending.

Respondents to this survey are asked to predict whether measured media (broadcast TV, radio, and print) DTC spending will increase or decrease in the coming years.

The survey also asks respondents to rate the importance of several factors that influenced their prediction about the future of measured media DTC ad spending.

After completing the survey — it takes only 5 minutes — you will be able to see the de-identified results to date.
Take the survey here.

FDA May Soon Be Replaced by Judicial Off-Label Activism

Find out why here.

PinUp: How to Get Away with Murder. Raise prices again &...