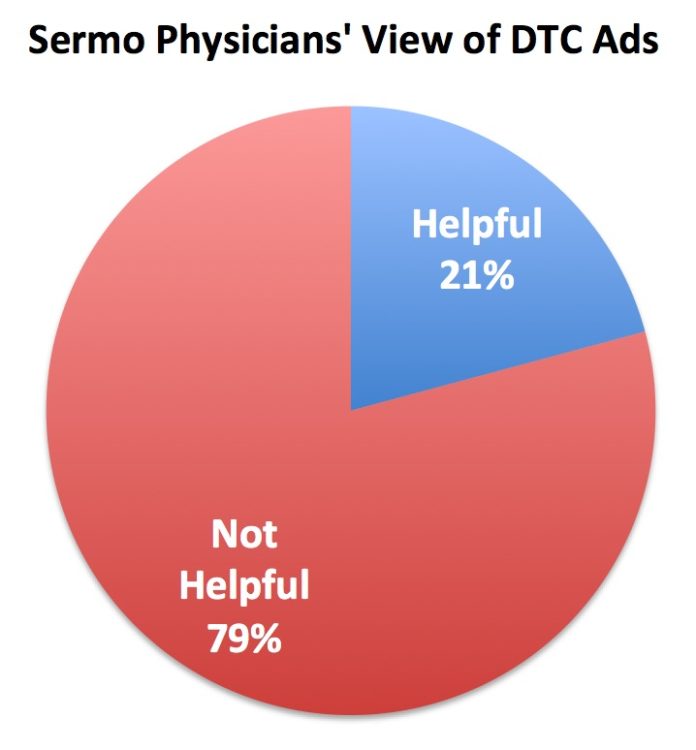 Making Sense of DTC Ad Spending In this 6-minute audio snippet, Pharmaguy talks about how much money the U.S. pharmaceutical industry spends on promoting drugs to consumers. The data come from several sources, which often report different numbers. That makes it difficult to ferret out what portion of the total is spend on TV and digital, the two most interesting channels.

Do You Believe the Numbers Regarding Pharma’s Digital DTC Ad Spend?

Kantar Media has reported on the breakdown of DTC spending in 2016 but keep in mind that these numbers are NOT accurate.

Are these numbers accurate? “No,” says Meyer. Find out why here …

For all the talk about digital migration and channel agnosticism, pharma companies remain huge fans of direct-to-consumer television ads. In 2016, pharma spent $4.06 billion on TV buys, up 4% from $3.91 billion in 2015, according to Kantar Media.

So, pharma loves TV and TV loves pharma – or, to be more specific, its endearing generosity. But in the past 18 months or so, there has been an increasing sense that the rest of us may not be quite as sold on the marriage.

The first vocal pushback arrived in October 2015 when members of the MS community expressed some less-than-appreciative thoughts about the images and patient depictions in a Biogen TV spot for Tecfidera (read “More DTC Ad Backlash. This Time from Patient Bloggers!“).

Bristol-Myers Squibb found itself on the receiving end of a similar response when its own series of ads for Opdivo made promises that, patients and caregivers alike proclaimed, the drug could not keep (read “Opdivo TV Ads “Educate” Patients About the Positive, Not the Negative Trial Data“).

Patients have sounded their opinions loud and clear, in social media and elsewhere. Whether pharma’s many DTC-on-TV boosters have heard them remains very much open to debate. 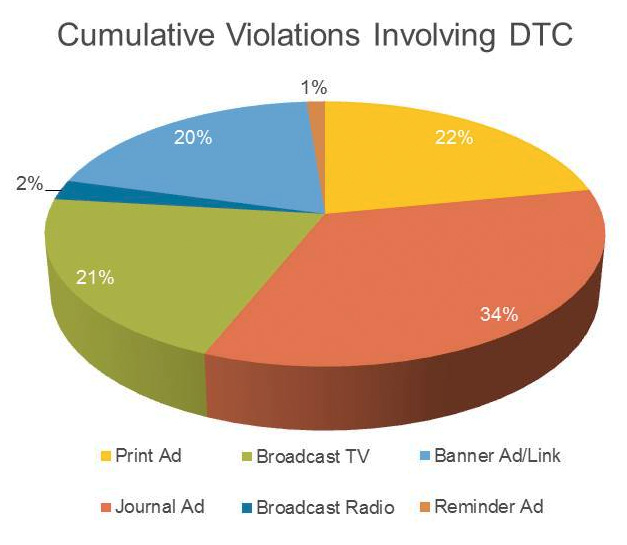 When looking solely to DTC itself, where have the violations occurred?

Interestingly the majority have been in print (combined 56 percent for print ads and journal ads) while only about a combined one-fourth have been in broadcast television or radio.

Meanwhile digital has been only about one-fifth as well, despite the fact that by FDA’s own research in assessing 2253 submissions, the trends show that digital promotional pieces are on the rise while non-Internet promotions have been on an even plateau.

From this one would have to come to one of three conclusions. (1) Internet/Social Media DTC is done more compliantly than any other form of DTC; (2) After the great issuance of letters involving banner ads in 2009, there is no DTC in Internet/social media; or (3) FDA’s enforcement is not focused in the same place its research points. 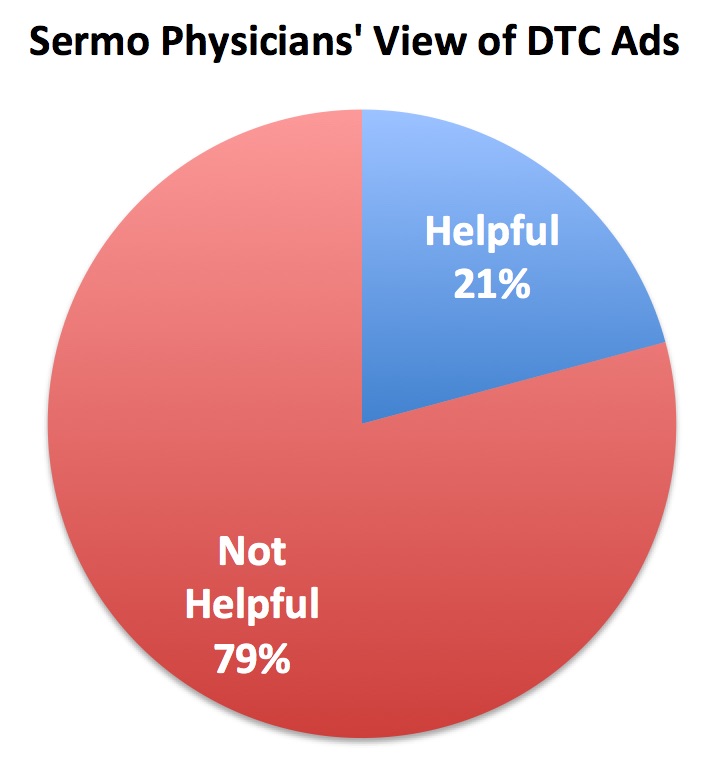 It’s well documented that the American Medical Association isn’t a huge fan of direct-to-consumer advertising for pharmaceuticals and devices (read “AMA Calls for a Ban on Direct-to-Consumer Drug Ads“). Individual doctors, however, have been far less vocal about their feelings toward DTC. Do they believe that the ads help educate patients? Do they derive any benefits themselves, in terms of awareness or anything else, from the ads?

We had SERMO, a social network for physicians, ask them. In response to the question, “Do you believe DTC drug advertisements primarily (1) are helpful to doctor-patient communications and educate patients or (2) make doctor-patient communications more difficult and do not provide valuable educational content to patients,” 21% (353 doctors) said the former and 79% (1,343 doctors) said the latter.

We’ve synthesized their comments, preceded by the physician’s area of specialty.

PinUp: False Hope: From War on Opioids to War on Cancer,...