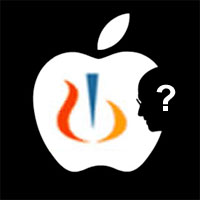 Pharmalot reported today that “In a memo this morning, David Epstein, who heads Novartis Pharmaceuticals, wrote that before the end of next year, more than 80 percent of the sales reps will give up their PCs and switch all detailing and related work to iPads.” The memo, which can be found here, is reproduced below:

“Today a great man has died – one who has forever changed the world. A great innovator, a corporate leader and a visionary who would not take no for an answer. A man who could perceive customer desire in a very clear way, marry it with technology and compel an organization to execute at the highest level to deliver customers a truly unique and compelling experience. A man I adopted as a role model as we began to galvanize our organization to launch Afinitor at a meeting of our Oncology leadership held in Mexico in 2008.

“Ultimately, after a long fight, he succumbed to the ravages of PNet (pancreatic neuroendocrine tumor), a cancer for which Novartis now has two approved medicines: Sandostatin LAR and Afinitor. With Steve Job’s death it is clear that we cannot rest as we work to discover, develop and commercialize still better medicines. It is medical intervention – great doctors, surgery, medicines and more – that allowed us to enjoy having Steve on this planet just a little bit longer so he could inspire a new generation and give us great inventions like portable digital music, the iPhone, the iPad and iCloud.

“In his memory we commit today that more than 80 percent of Novartis Pharmaceutical field forces around the world will give up their PCs and be executing their call planning, detailing, emailing, and communicating with each other and physicians via iPads before the end of 2012. Please help me to make this a reality. As a result we will be able to make more impactful calls thus better able to ensure that every patient who should be on one of our medicines has access. Our marketers will be empowered to more quickly update digital detail aids and interactive apps with the latest information. Our marketers will better understand almost instantly what our field forces find helpful in their daily work and what is useless. Our field forces will be able to get more of their work done during the day while waiting for their next appointment rather than doing administrative work later in the day. And there are many other possibilities. Let’s use our positive memory of Steve to do some more good in the world. I know we can.”

Not so long ago, I was hearing that pharma companies bought iPADs without having a clear strategy for how they were going to be used. It was believed that thousands of these iPads were housed in warehouses and not deployed.

It seems that Epstein is using the “in memory of Steve Jobs” memo as a tool to empty his warehouses of iPads and encourage reps to use them “to get more of their work done during the day” and “do some more good in the world.”

But what are Novartis reps saying about the iPad? Here are some tidbits I found on the Novartis board over at Cafe Pharma:

At least pharma reps are not “selling sugar water to kids” as Steve Jobs once said of John Scully when he hired him to run Apple. Scully promptly ran it into the ground.
Does this memo violate FDA Regulations?

P.S. Epstein’s memo was posted to a site called FreePDFhosting.com, which allows anyone to upload PDF files for free (duh!). I am not sure who posted Epstein’s memo to this site, but I doubt it was Epstein, who probably intended it to remain an internal document.
However, now that it is a PUBLIC document, easily accessible by any one, is it subject to FDA regulation regarding branded communications?
I notice that the memo refers to Novartis anti-cancer drugs by brand name and includes the FDA-approved indication: pancreatic neuroendocrine tumor. However, the memo does NOT include any fair balance (major side effect information). Technically, therefore, this memo — as it appears on FreePDFhosting.com — violates FDA law. Since FreePDFhosting.com has a rule against uploading PDFs that are “illegal or violates any laws,” the memo should be removed from the site (hopefully before the FDA sees it).