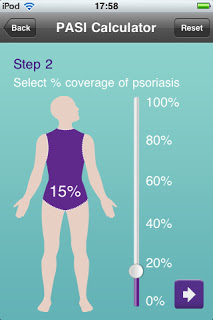 While one arm of the FDA — the Division of Drug Marketing, Advertising, and Communications (DDMAC; reorganized as the Office of Prescription Drug Promotion), the arm responsible for regulating drug promotion — dragged its feet issuing guidance for social media promotion (first promised for 2010 and none delivered until late in 2011; see “FDA Drops Social Media from Its 2011 Guidance Agenda“; also see “FDA Guidance on Responding to Unsolicited Requests for Off-Label Information Via Social Media“), two other arms — the Center for Devices and Radiological Health (CDRH) and the Center for Biologics Evaluation and Research (CBER); responsible for regulating medical devices — have been busy issuing guidance for mobile medical applications (see “FDA outlines oversight of mobile medical applications” where you can download the guidance document).

The guidance focuses only on a select group of applications and goes out of its way to assure the public that the FDA “will not regulate the sale or general consumer use of smartphones or tablets.”

As you know, there are probably thousands of consumer-focused health apps available for smartphones. The guidance carves most of these out of its regulatory bailiwick. According to the guidance, the following represents mobile apps that FDA does NOT consider to be mobile medical apps for purposes of the guidance:

“Mobile apps that are solely used to log, record, track, evaluate, or make decisions or suggestions related to developing or maintaining general health and wellness. Such decisions, suggestions, or recommendations are not intended for curing, treating, seeking treatment for mitigating, or diagnosing a specific disease, disorder, patient state, or any specific, identifiable health condition [my emphasis]. Examples of these apps include dietary tracking logs, appointment reminders, dietary suggestions based on a calorie counter, posture suggestions, exercise suggestions, or similar decision tools that generally relate to a healthy lifestyle and wellness.”

I highlighted the wording that determines whether or not FDA might consider health apps subject to being regulated as medical devices: “not intended for curing, treating, seeking treatment for mitigating, or diagnosing a specific disease, disorder, patient state, or any specific, identifiable health condition.”

The guidance defines what would make an app a mobile medical app subject to regulation as:

“When the intended use of a mobile app is for the diagnosis of disease or other conditions, or the cure, mitigation, treatment, or prevention of disease, or is intended to affect the structure or any function of the body of man, the mobile app is a device.”

“One example,” says the FDA, “is a light emitting diode (LED) included on a mobile platform with a mobile app to make that LED operate. If the manufacturer intends the system to illuminate objects generally (i.e., without a specific device intended use), neither the mobile app nor the mobile platform would be considered medical devices. If, however, through marketing and distribution, the mobile app is promoted by the manufacturer for use as a light source to examine patients, then the mobile app would meet the definition of a device. (In this case, the intended use of the light source would be similar to a conventional device such as an ophthalmoscope.)”

Are there any pharma developed and promoted mobile apps that fit this definition and thereby SHOULD be regulated as a medical mobile app?

Back in March, I suggested that Janssen’s “Psoriasis” app for the iPhone and iPad may be a candidate for regulation as a medical device. You can read all about that in this blog post: “FDA Promises Still More Guidance! This Time It’s Mobile. Janssen’s Psoriasis iPhone App May Need It” and in this Pharma Marketing News article: “Pharma SmartPhone/Tablet Apps. Is There a Regulation for That?“

One of the questions I had about Janssen’s Psoriasis app concerned the accuracy of the formula used to calculate PASI (“Psoriasis Area and Severity Index”), which is a tool for the measurement of severity of psoriasis. The app is intended for physicians to use in diagnosing their patients. Suppose there was a “bug” in the program that calculated the PASI score? It seems that such software needs to be regulated as a medical device by the FDA.

In fact, I notice that there is an update available for Janssen’s Psoriasis app. It was issued on 31 May 2011, about a month and a half after I blogged about the app. The note relating to the update merely states “bug fix.” Could there have been a “bug” — ie, ERROR — in the formula used?

I updated my iPhone version of Janssen’s Psoriasis app, but I do not notice any difference in the app nor the instructions that come with it. The “bug fix,” therefore, could actually involve the software that calculates PASI.

Regardless of whether such pharma apps may be regulated by FDA as medical devices, I strongly believe that developers of health-related apps should explain in detail what “bugs” were fixed so that users have an idea of how the “bug” may have affected them. Shame on Janssen for not being more transparent in this regard!

This story was originally published in Pharma Marketing Blog on July 20, 2011.