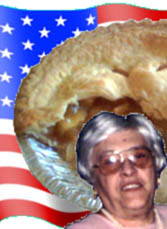 According to the media, George Bush won the election on the issue of moral values. I applaud the fact that morality has become such a hot political issue. As a liberal, I believe that individuals should behave morally. For me that means we should act not just for our own self aggrandizement, but also for the common good. That is, do good work.

If by doing public good you are rewarded with personal gain, why that’s liberal nirvana and what we should all strive for! Raymond V. Gilmartin, Merck’s president, chairman and chief executive officer, once quoted former Merck CEO George W. Merck: “We try never to forget that medicine is for the people. Not for the profits. The profits follow, and if we have remembered that, they have never failed to appear.”

When Merck pulled Vioxx off the market I admired the company’s courage to do the “right thing” by putting people’s lives before profits. The decision was widely applauded — except on Wall Street where Merck immediately lost 27% of its market value.

A few days later it was revealed that Merck may have known about Vioxx’s cardiovascular side effect problems for years and tried very hard to conceal the evidence and block any action by the FDA. While this was going on an estimated 27,000 people suffered heart attacks and who knows how many strokes possibly due to Vioxx!

If this obstructionism by Merck is true, then someone should pay. While Merck’s CEO may get his golden parachute sooner than planned, the small Merck stock and mutual fund investor is really being punished-Merck’s stock has lost about 40% of its market value since the withdrawal of Vioxx.

More worrisome than loss of capital is the brain drain that Merck faces as employees are reported to be seeking positions elsewhere. No doubt many employees feel that Merck’s troubles may lead to downsizing and loss of jobs, so they better leave the sinking ship. But I think many of them also feel betrayed by the questionable moral leadership of their company. That leadership has seemingly flipped Merck’s venerable moral compass and forgot that medicine is for the people, not for the profits. A pity.

“…the decision we made to withdraw Vioxx was easy. Given the availability of alternative therapies and the questions raised by the data, withdrawing Vioxx was consistent with an ethic that has driven Merck actions and decisions for more than one hundred years. Merck puts patients first.”

“…until APPROVe, the combined data from randomized controlled clinical trials showed no difference in confirmed cardiovascular event rates between Vioxx and placebo and Vioxx and NSAIDs other than naproxen. When data from the APPROVe study became available, Merck acted quickly to withdraw the medicine from the market.”

“The preliminary results from the VIGOR trial became available to Merck in March, 2000. In the trial, there was a higher cardiovascular event rate in patients taking Vioxx than naproxen. These data were of concern to us.

“Since the time of our release of the VIGOR study data, there has been a healthy scientific discussion of the safety of Vioxx and other COX-2 inhibitors. This discussion has occurred within Merck’s laboratories and at external scientific forums.

Merck supported that discussion. However, when researchers published articles or gave speeches that presented misleading or inaccurate information about Vioxx, Merck sought to set the record straight about a medicine that provided significant benefits to patients.”

For the complete summary see: www.merck.com/newsroom/vioxx_withdrawal/11182004/

The Truth About the Drug Companies: What To Do About It